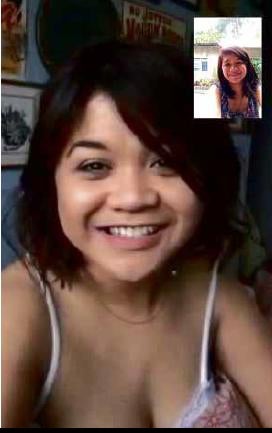 Less than an hour before midnight, 24-year-old Lian Buan booted her phone.

She would either prepare her newly bought dress, strategically juxtaposed for her mom to see, or bury herself straight in her bunk. She just came in from her late-night work, but she owed her sister an hour of talk so she braced herself for it.

Frauleine Villanueva, also 24, barely planned for anything like this. After all, it’s just the first time that she’s relying on an application on arguably the merriest season of the year.

But with the advancement in technology, Villanueva, like Buan, may have already figured it out.

This is Christmastime for the two women—two different stories of relationships separated by a thousand kilometers with a common thing to bridge the gap: A smartphone.

And with video chat applications evolving every day, it’s just a matter of picking your poison.

The Inquirer surveyed the Twittersphere, asking followers their choice of video calling app. The response was a mixed. FaceTime joined Viber and Skype as primary options.

For Buan and Villanueva, their choice was Apple’s native application FaceTime.

FaceTime was Buan’s pick in connecting with her mom, a 53-year-old caregiver, and her sister, a 27-year-old headhunter. They have been living in Hertfordshire, England, since 2002. Manila, where Buan works, is seven hours ahead of England.

FaceTime was the preference of Villanueva’s fiancé, a United States Army reservist based in Seattle. Both of them are Apple users.

“They do it for me. Christmas isn’t much of a big deal [in England]. Yes, they do celebrate, but it’s not as fancy or grand like how we do it here,” Buan said. “Video calls became sort of a tradition,” Buan said.

“Back then, long-distance relationships are tough to maintain. It seems it’s more doable now with all these means of [communication] cropping up. Now, I’m curious [about] how Christmas for the two of us [will] pan out,” Villanueva said.

FaceTime has joined the ranks of Skype and Viber as cheap means for people to get closer through video calls. It has become a go-to application in an age where wired, long-distance phone calls have become antiquated due to its value for money and its rather inconsistent reliability.

“It all started with Yahoo! Messenger (YM),” Buan said. “We were all new to the Internet back then and we’d rather not talk than have a hard time setting up a chat.”

YM eventually went out of style, forcing Buan to bank on Skype. But the Skype’s login dynamics turned out to be much of a chore. It was just a matter of time until she jumped into the FaceTime wagon, with most of her relatives getting Apple devices for themselves.

“Everything I do now, I do with my iPhone. I don’t have to worry about typing away my login credentials and even setting up a computer just to be able to chat,” she said. “It [feels] so natural, it [has become] as close [to chatting] with them face to face.”

“It’s just like taking a regular call,” Villanueva said. “Sometimes, we even reach eight hours on the app. We also both love food, so we exchange glimpses [of] what we’re currently eating.”

On some occasions, FaceTime freezes, and only the audio is transmitted, according to Buan.

“It doesn’t actually let you do other things. When the app minimizes, it turns to a voice-only app. Might as well make a regular phone call,” she said.

“It’s so [simple] to say that it has become more ‘convenient’ talking to family members,” she said. “But if there’s something I have to [be thankful for having] the Internet, it is [enabling] us to talk more.”

Villanueva suggests conference calls. “Imagine [hosting] multiple callers. That would be cool, too,” she said.

It was Christmas and Buan said she planned to keep the tradition, and was looking forward to sharing her latest chika with her sister.

Villanueva wants to see her fiancé in both time zones’ salubong, and maybe show him what she has for noche buena.