Working too hard can drive you to booze–study 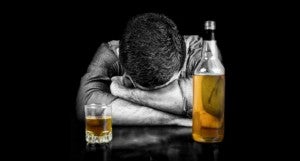 PARIS, France – It’s true: working too hard can drive you to drink, said researchers Wednesday who warned of the health risks of such dual excess.

An overview of studies covering more than 400,000 people showed that individuals who exceed 48 working hours per week — the European Union’s suggested maximum — are likelier to consume “risky” quantities of alcohol, they said.

The paper, published in The BMJ journal, reported that long working hours boosted the likelihood of higher alcohol intake by 11 percent overall.

People who worked 49-54 hours a week ran a 13-percent higher risk of developing a “risky alcohol use” habit compared to counterparts who worked a 35-40-hour work week.

Those working 55 hours or more were 12 percent more at risk.

“Risky” alcohol use was defined as more than 14 units per week for a woman and more than 21 for a man — levels that have been linked to a higher risk for liver and heart disease, cancer, stroke and mental disorders.

An alcohol unit is the equivalent of a third of a pint of medium-strength beer, half a 175-millilitre (six fluid ounces) glass of red wine with 12 percent alcohol by volume, or a 25 ml-shot of whisky.

The findings add statistical backing to anecdotal evidence for a link between excessive work and alcohol abuse, the authors said.

“This meta-analysis supports the longstanding suspicion that among workers subjected to long working hours, alcohol can seem like a fast acting and effective way to dull work-related aches and pains and smooth the transition between work life and home life,” Cassandra Okechukwu of the Harvard School of Public Health wrote in an editorial.

Long working hours have previously been linked to cardiovascular disease, depression and anxiety.

The increased risk of developing a “risky” drinking habit from over-work was small in absolute terms, Okechukwu said. Also, having a job was associated with a lower prevalence of alcohol consumption and a higher chance of recovery from alcohol misuse than being unemployed.

Even so, the risk should be taken seriously.

“Any exposure associated with avoidable increases in disease or health damaging behavior, or both, warrants careful examination,” said Okechukwu.

“Indeed, these findings could add impetus to further regulation of working hours as a public health intervention.”

Why drinking alcohol can make you fat