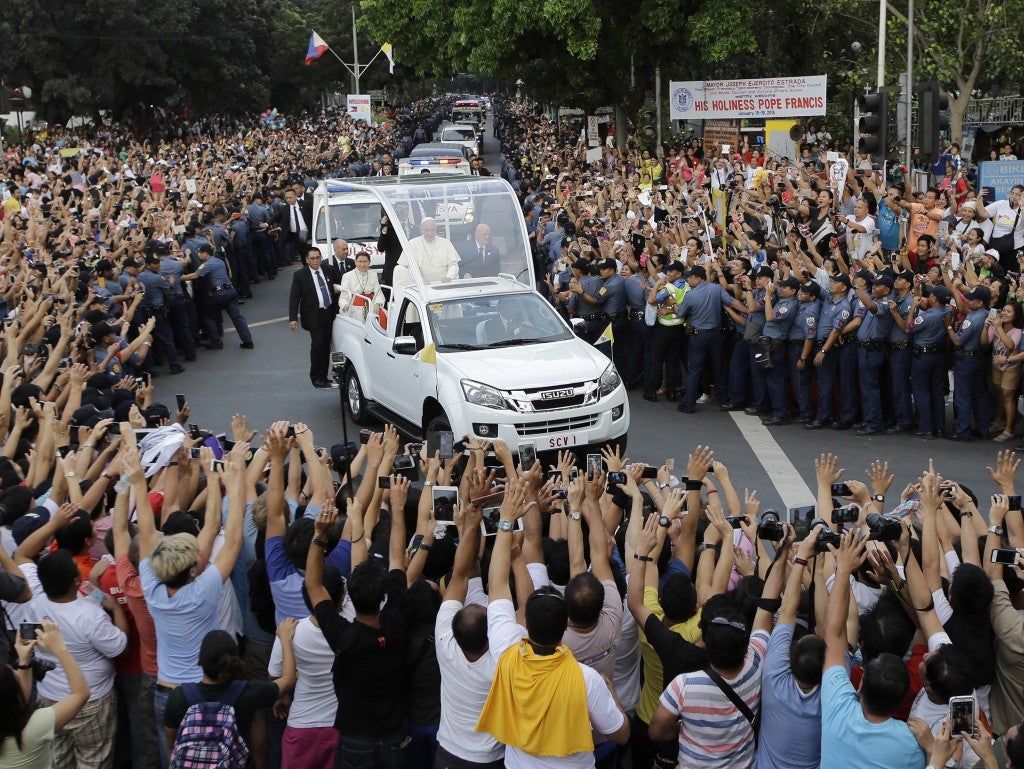 In this Friday, Jan. 16, 2015 file photo, Filipino Catholics take photos, using their phones and tablets, of Pope Francis aboard his Popemobile as his motorcade passes by on the way to another “Meeting With Families” at the Mall of Asia Arena in Manila, Philippines. AP

MANILA, Philippines — It’s a scene that has repeated itself throughout Pope Francis’ visit to the Philippines, from the sidewalks lining his motorcade routes to the hallowed nave of Manila’s cathedral: arms stretched high in unison, holding aloft smartphones and tablets to record the moment.

In the cathedral in Manila’s historic walled city, it gave a traditional scene a 21st-century touch. Francis and his procession walked up the aisle between a sea of white — bishops, priests and nuns in religious vestments, many holding up their phones and tablets.

On the streets, after the motorcade whizzed past, everyone checked their devices to see if they had got the Pope, comparing images and videos with others.

There was only one glitch. In this era of instant sharing on social media, many were stymied, because cell phone service was blocked for security reasons whenever the Pope was out and about.