Dancing genitals clip not progressive enough for some Swedes 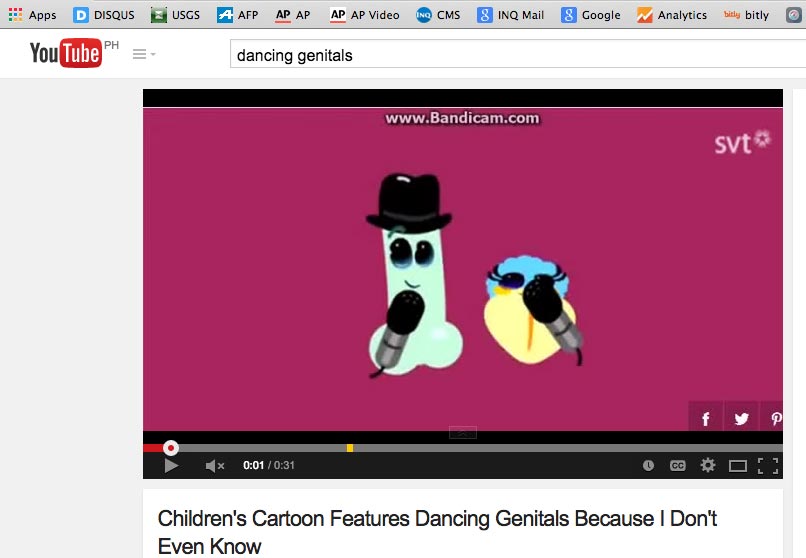 STOCKHOLM—In socially liberal Sweden, an educational video for children featuring dancing genitals has become an online hit — and even drawn criticism for not being progressive enough.

The one-minute animated video by public broadcaster SVT, promoting a television series about the human body, has been seen by more than 4 million YouTube viewers.

Producers say many parents found it a great way to explain about private parts to children, though some called it inappropriate for a program aimed at children aged 3-6.

Programming director Peter Bargee said Thursday the clip also drew “unexpected” criticism from some Swedes, who said portraying the penis with a mustache and the vagina with long eyelashes reinforced gender stereotypes.

Bargee said the video was meant to be fun and not a “statement on gender politics.”