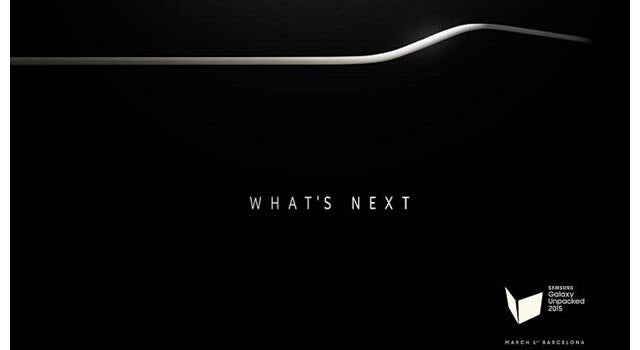 MANILA, Philippines – Samsung is set to launch its flagship phone, Galaxy S6, on March 1 and teases on having a curved screen feature.

According to Forbes, press invites to the Samsung’s “Galaxy Unpacked” event contained a silhouette of a curve and the line “What’s Next.”

The Galaxy S6 launch will most likely be held during the Mobile World Congress in Barcelona, where other mobile companies are also expected to launch their own flagship units.

Forbes reported that the purported curved design of the Galaxy S6 is in line with the company’s recent move to embrace design change, as seen on the critical response on the Galaxy Edge.

The Galaxy S6 is rumored to have an improved 20 megapixel rear and 5 megapixel front cameras, an improved fingerprint sensor technology, and a 5.1 inch screen.

Despite being the top smartphone manufacturing company in the world, Samsung is reeling from having incurred its lowest profit in three years.

Battle of the big phones: Samsung down in China, Apple gains