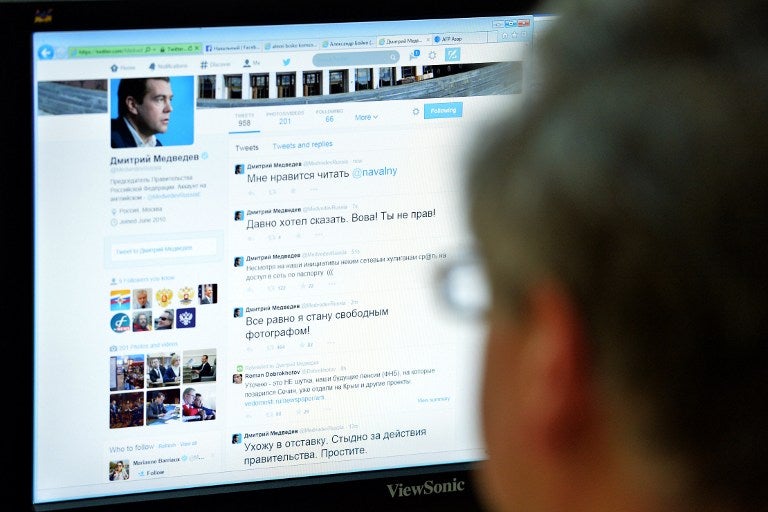 A man looks at the computer screen with a page of Russian Prime Minister Dmitry Medvedev in Twitter in Moscow on August 14, 2014. Hackers broke into Medvedev’s Twitter account on Thursday, tweeting his resignation and criticising President Vladimir Putin. “Microblog of the Premier in ” Twitter ” hacked, recent reports are not true,” the press service of the Cabinet told Russian “Interfax” news agency. AFP

MOSCOW — Data released by Twitter shows that Russia nearly tripled its requests in the past six months to remove posts critical of the government.

Twitter said in its report late on Monday that it received 89 removal requests in July-December from governmental agencies compared to 32 six months earlier as well as two court orders.

The website also said it denied “several requests to silence popular critics” of the government as well as attempts to limit free speech.

Critics have accused the government of using the law to stifle opposition. The government has denied the claims and defended the legislation as protecting law and order.