Obama focuses on cybersecurity in heart of Silicon Valley 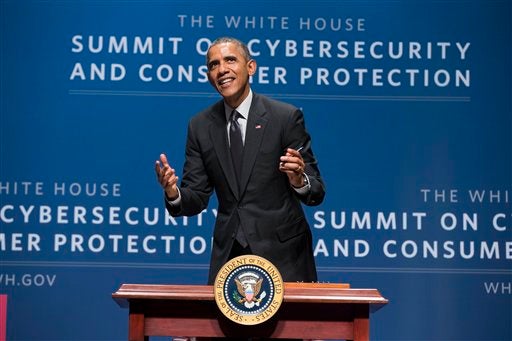 PALO ALTO, California— President Barack Obama says cyberspace is the new “wild West” — with daily attempted hacks and people looking to the government to be the sheriff. He’s asking the private sector to do more to help.

Obama said Friday that cyberthreats are a challenge to U.S. national security, public safety and the economy.

Obama spoke in California’s Silicon Valley at a White House summit on cybersecurity. He signed an executive order to encourage the private sector to share information about threats with each other and with the federal government.

Obama said people sometimes don’t do enough to prevent online attacks. He jokes that he’s even used “password” and “123457” as his passwords before.