‘Super Mario,’ ‘Pokemon’ may soon be on smartphones 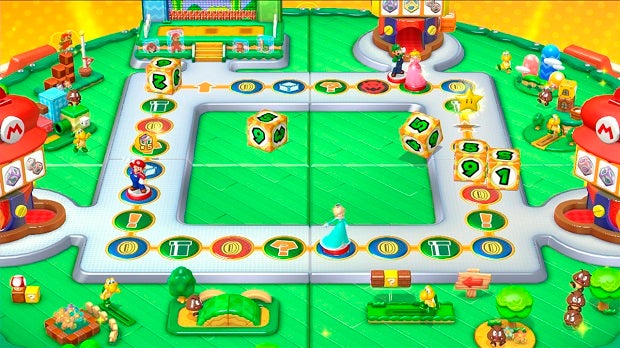 This photo provided by Nintendo shows a scene from the video game, Mario Party 10.” AP

TOKYO, Japan — After years of scoffing at the threat from smartphones, Nintendo Co. is doing an about face and entering an alliance with Japanese mobile game company DeNA Co. to develop games for mobile devices.

The announcement Tuesday means that Nintendo’s trademark game characters such as Super Mario and Pokemon could finally feature on smartphones and tablets. Such characters have been fiercely protected by Nintendo, appearing only on Nintendo platforms such as the Wii home console and 3DS mobile machines.

Both sides said they will build a global membership service for various devices including personal computers, smartphones and Nintendo machines. The service is set to launch in the fall of 2015.

They said the mobile games won’t be mere adaptations of the games already out for the Nintendo machines but developed especially for the smartphone experience.

The alliance will be combining Nintendo’s intellectual property and game development skills with DeNA’s expertise in mobile games, the announcement said.

Under the alliance, Kyoto-based Nintendo will acquire about 15 million DeNA shares or a 10 percent stake. In return, DeNA will acquire about 1.759 million Nintendo shares, or 1.24 percent of the company. Both acquisitions are worth 22 billion yen ($182 million). The payment is due April 2, they said.

Nintendo has run into trouble in the past few years as people increasingly turned to mobile phones to play games and spend time on social networks. The company is expecting to turn a profit for the fiscal year ending later this month, a turnaround from red ink the previous year.

Tokyo-based DeNA, founded in 1999, has a reputation as an innovator and is one of the most successful of a new generation of Japanese technology companies. It develops and operates a broad range of mobile and online services including games and e-commerce.