Aspirin lowers colon cancer risk, but not for all 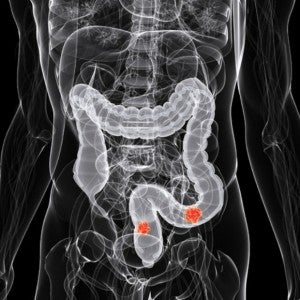 MIAMI, United States – Taking aspirin or ibuprofen tends to reduce the risk of getting colon cancer for most people, but it does not work in a minority of people with certain genes, researchers said Tuesday.

The findings in the Journal of the American Medical Association (JAMA) are based on an analysis of 10 large studies in Australia, Canada, Germany and the United States. More than 16,000 people – all of European descent – were included.

The data confirmed that regular use of aspirin or non-steroid anti-inflammatories (NSAIDs) was linked to a 30 percent lower colorectal cancer risk, for most people.

But the preventive benefit was not seen in people with relatively uncommon variants in genes on chromosomes 12 and 15, the study said.

Since aspirin and other anti-inflammatories carry risks, such as internal bleeding, doctors must consult with patients about the potential dangers and benefits, said co-senior author Andrew Chan of the Massachusetts General Hospital Gastroenterology Division and an associate professor of medicine at Harvard Medical School.

“This study suggests that adding information about one’s genetic profile might help in making that decision,” he added.

“However, it is premature to recommend genetic screening to guide clinical care, since our findings need to be validated in other populations.”

African Americans face far higher rates of colon cancer and death from colon cancer than whites, and they were not included in the study.

Researchers also hope that more study will help them find out if a person’s genes play any role in the likelihood of dangerous side effects from aspirin and NSAIDs.

Advances in precision medicine, which aims to tailor treatments to an individual’s genetics, mean that studies such as this one may soon have a tangible impact, experts said.

“In the not-too-distant future it will be possible to affordably and efficiently conduct genetic testing in healthy individuals to more accurately define benefits and risks of interventions intended to decrease risk of disease,” said an accompanying editorial in JAMA by Richard Wender of the American Cancer Society in Atlanta.

“The ability to translate genetic profiling into tailored preventive care plans for individuals is still years away, but with the study by (Hongmei) Nan et al, the road, arduous as it may be, is more clearly illuminated.”