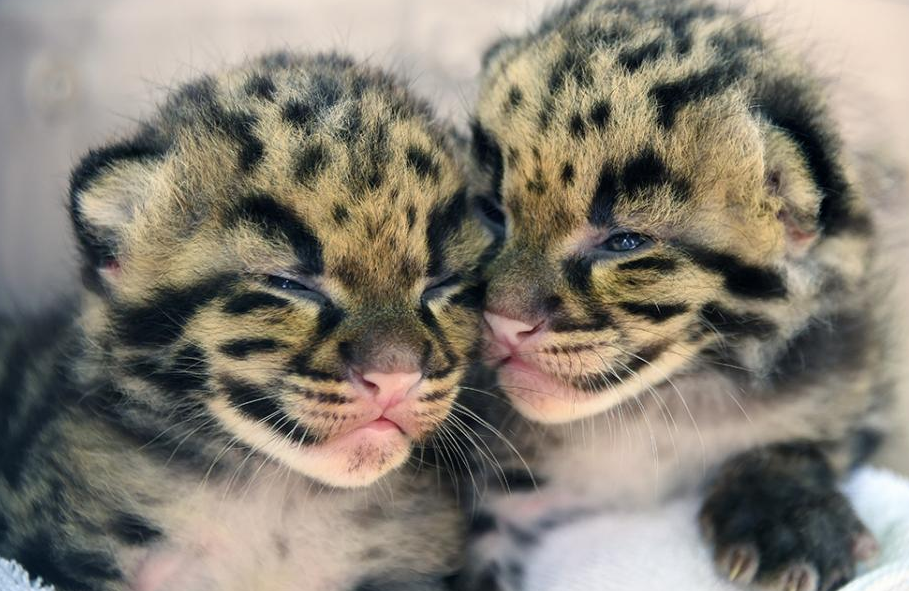 MIAMI–Two clouded leopard kittens were born this month at the Miami Zoo, a treat for the doting keepers and a victory in the fight to preserve a vulnerable species.

The medium-sized cat, which is not closely related to the African leopard, lives in forests of South East Asia and fewer than 10,000 are thought to exist in the wild.

The zoo said the kittens, both females born on March 9, are in an enclosure with their mother to “avoid any external stress and allow the mother to properly bond with them.”

Their mother Serai and father Rajasi were born in 2011 in other American zoos. The kittens are the parents’ second successful litter.

“Both offspring are doing well and the mother continues to be attentive and nurse them on a regular basis,” the zoo said.

They already sport the clouded leopard’s characteristic large, dark and cloud-like spots on a light background.

Visitors should be able to view them in the coming weeks.

Found in the wild in southern China, Myanmar and Malaysia, adult clouded leopards usually weigh between 30 and 50 pounds (14 to 23 kilograms) and have a very long tail with relatively short legs and large paws.

They eat birds and mammals such as monkeys, deer and porcupines, and are in turn prey to human hunters who prize them for their pelts.