Autism could be linked with moms’ diabetes during pregnancy 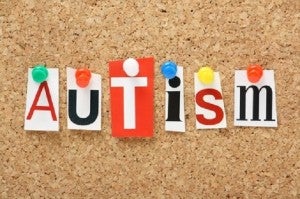 CHICAGO, United States — Diabetes that develops early in pregnancy may increase women’s chances of having a child with autism, according to a new study.

The risk was seen in young children whose mothers were diagnosed with diabetes during the most crucial period of fetal brain development. Reasons for the potential link are uncertain but it’s possible that exposure to high levels of blood sugar from the mother disrupt fetal brain growth, especially in brain regions important for communication and social behavior, said study co-author Dr. Edward Curry, a learning and behavior specialist for Kaiser Permanente in Fontana, California.

Here are five things to know about diabetes in pregnancy, autism and the study, published in Tuesday’s Journal of the American Medical Association.

The researchers looked at medical records for more than 322,000 children born at Kaiser Permanente hospitals in Southern California between 1995 and 2010. Those whose mothers developed gestational diabetes by the 26th week of pregnancy were 40 percent more likely to be diagnosed with autism than those whose moms didn’t have diabetes. Of about 3,400 autistic children, 130 were exposed to diabetes early in pregnancy.

Autism affects about 1 in 68 U.S. children. In the study, youngsters whose mothers had pre-existing diabetes or developed it later in pregnancy faced no extra autism risk.

Autism refers to a spectrum of developmental disorders that typically involve problems communicating, limited social skills and sometimes intellectual difficulties or quirky, repetitious behaviors. Definitive causes aren’t known but it is thought to occur when genetic differences interact with many other factors. Previous studies have suggested these may include prenatal infections, preterm birth and parents’ age

Diabetes prevents the body from making or properly using insulin, which causes sugar to build up in the blood. The study looked specifically at gestational diabetes, which develops during pregnancy and puts women at risk for future diabetes. It can be dangerous for women, and can cause preterm birth or large newborns who are at risk for diabetes later in life. Gestational diabetes is thought to affect up to about 14 percent of U.S. pregnancies.

Some previous studies linked diabetes in mothers with autism but lacked details on gestational versus pre-existing diabetes.

The authors of the new study, led by Kaiser Permanente researcher Anny Xiang, looked back at medical records that included gestational diabetes information — a research method that can only show potential links, not proof. They couldn’t rule out different factors that may have contributed to autism including other prenatal problems and genetics.

The findings underscore the importance of prenatal care, including diabetes screening and treatment early in pregnancy. But the authors note that more research is needed to determine if early treatment of gestational diabetes can reduce autism risks. CB