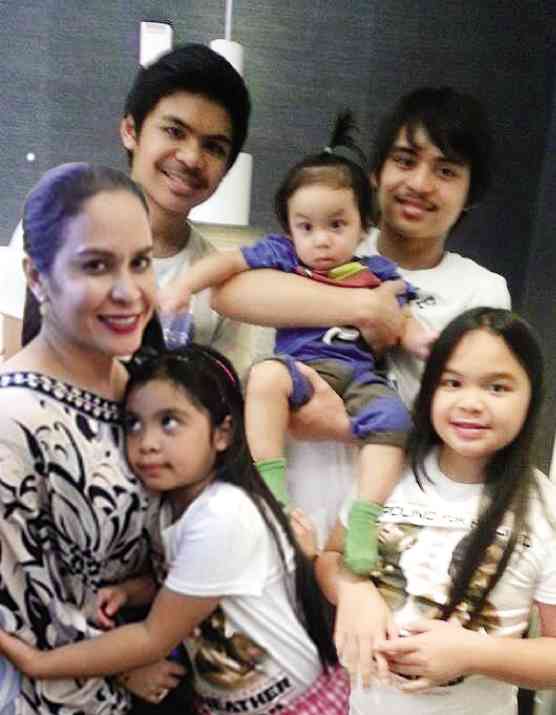 Cheers, prayers and unsolicited advice—the kind Filipinos often give family and strangers alike—have swamped the social media accounts of boxer Manny Pacquiao and wife Jinkee ahead of the much-awaited “Fight of the Century.”

His wife, who is also the vice governor of Sarangani province, which Pacquiao represents in Congress, has almost 200,000 followers on Instagram. Her daily photo posts of the family going about its daily routine—dining, shopping and just chilling at home—offer glimpses of the boxing champ as husband and father.

The latest posts reflect the Filipinos’ strong religious faith on which rest their hopes of a Pacquiao win.

“Be calm … trust the Lord,” one post advised the champ.

“May the Lord fill ur punches like the strength of Samson and give u precision to hit your opponents weak point like the precision given to David to hit Goliath in the forehead in Jesus name,” another fervently wished for.

“God bless you Manny, the virtuous man will always win no matter what,” said agun11.

Bible verses were among the regular posts from netizens, probably a takeoff from the religious verses that Pacquiao himself quotes generously in conversations as well as on social media.

Netizen gregg_roby advised Pacquiao to reflect on 1 Corinthians 16:13: “Watch ye, stand fast in the faith, quit you like men, be strong.”

Netizen judypicks2015 offered another Biblical verse: “I can do all things through Christ which strengtheneth me. Philippians 4:13. The Lord is my light and my salvation; whom shall I fear? the Lord is the strength of my life; of whom shall I be afraid? Psalm 27:1 KJV Bible.”

Posted nelssy78: “@jinkeepacquiao let’s pray hard and strong for ur lovely husband and our best fighter @mannypacquiao I’m fasting all this week for his victory. We all know mayweather fights dirty. He chose to fight in Vegas because he knows if it goes for a decision he wins… Let’s not forget that he controls Vegas.”

Netizen prtty_brittany said: “You got this !!! I’m going to Keep you in My Prayers !! your awesome! @mannypacquiao”

As if to sum up the nation’s sentiment, netizen joydemapanes posted: “Go! go! go! God bless u on ur big day and pipol of the philippines manny! bring the phil flag home with proud and glory! Mabuhay ang Pilipino!”