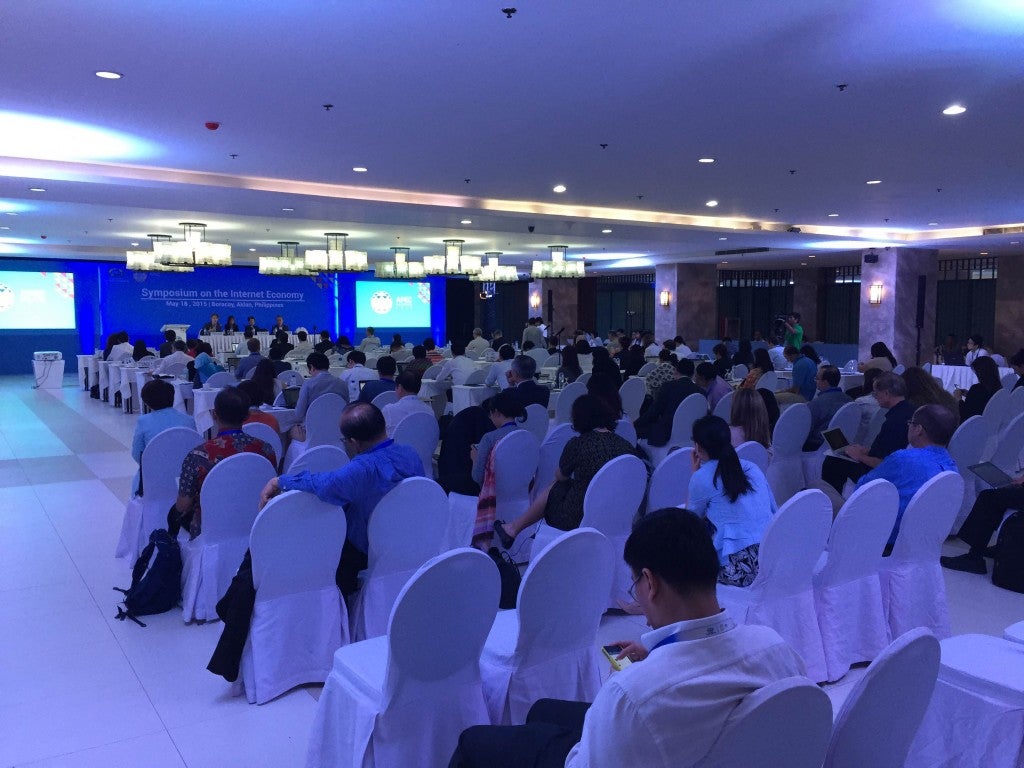 Apec forum delegates learn the value of digitized education during the symposium on the internet economy held in Boracay on Monday. MARC RYAN CAYABYAB

BORACAY, Aklan—Digitized education in the Philippines has given the rural poor access to skills training and even granted out of school youth a high school diploma all in a click of a button, a Department of Science and Technology (DoST) official said during an Asia Pacific Economic Cooperation (Apec) forum Monday.

During the “Symposium on the Internet Economy” held before Apec delegates, DoST Deputy Executive Director Bettina Quimson said this only shows the role of the internet in uplifting the poor through education and employment.

She cited the digital education services of the Department of Education called alternative learning solutions system which educates out of school youth for them to get a high school education.

Quimson said only eight percent of Filipinos from public grade school are able to finish college.

She said in a digitized education system, the out of school youth not only have access to classes online, they can also go back to their previous classes enabling them to better understand their lessons.

“When it’s digitized, they can go back and review, which is why digital education is essential,” said Quimson, who also functions as deputy executive director for DOST’s Information and Communication Office.

She also cited the government’s e-Tesda (Technical Education, Skills and Development Authority), which teaches the rural poor technical skills after they get their high school diploma.

She also cited the government’s job portal where applicants from the rural poor are allowed to be interviewed by companies in the metropolitan over Skype.

“The point of all these education and skills training is basically for employment. What’s interesting about the job portal is the fact that people can’t go to the cities because it costs much money. And if they don’t get employed they become rural poor. That’s why we’re giving them opportunity to take up tests and assessment of companies in centers,” Quimson said.

“We have been more dynamic in our education structure. The best way to do is to do informal ways for digitized education,” Quimson added.

The Philippines is hosting this year’s Apec, a delegation of 21 member economies. The country hosted APEC ahead of this year’s Asean integration.

The symposium on the internet economy is one of Apec meetings to engage Apec senior officials, representatives of Apec committees and sub-fora, and government, business and academic sector representatives on the development of the digital economy.