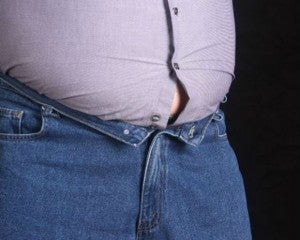 PARIS, France – Teenagers who are very overweight may run double the risk of developing colorectal cancer when they reach middle age, according to research published Monday.

At the time of conscription, around 12 percent of the men were underweight, more than 80 percent were of normal weight and five percent were moderately overweight.

Of the remainder, 1.5 percent were very overweight — with a body mass index of between 27 and nearly 30 — and one percent were obese, with a BMI of more than 30.

The conscripts were regularly checked for colorectal cancer for next 35 years, during which 885 cases — 501 colon cancers and 384 rectal cancers — were detected.

READ: Not all obese people prone to poor health – study

Those who were very overweight as teenagers were twice as likely to develop bowel cancer in middle age, compared to subjects of normal weight.

Those who were obese were nearly 2.4 times likelier to be diagnosed with the disease.

The study, led by Elizabeth Kantor of the Harvard School of Public Health in Boston, Massachusetts, appears in Gut, a specialist journal published by the BMJ.

Previous research into obesity and colorectal cancer has looked mainly at adults. This is the first large-scale probe into the impact of overweight in teenagers.

In adults, bowel inflammation has been suggested as a likely cause of the problem, but it is unclear whether this is the same among teens, said the authors.