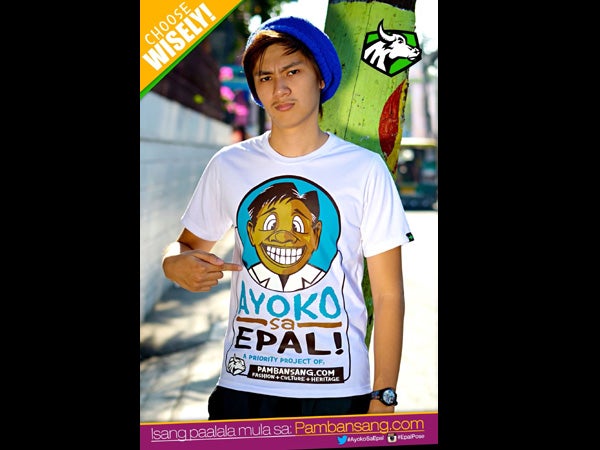 The National Citizens Movement for Free Elections (Namfrel) is set to launch a campaign, through social media, against politicians engaged in premature campaigning.

In its Facebook page, Namfrel said it has created a separate Facebook account called “Eleksyon 2016 Pampams” where netizens can post pictures and videos of politicians engaged in self-promotion or the campaign materials of the offending politicians.

“Pampam” is derived from the Filipino papansin, which means attention-seeker.

The group said all videos and photos contributed by netizens will go through a verification system to ensure that all information that will be posted on the page are true and accurate.

“Epal” is a play on the words mapapel—Filipino slang for a scene stealer or an attention seeker—and kapal, someone who is thick-skinned.

Earlier, Commission on Elections (Comelec) Chair Andres Bautista urged civil society and poll watchdog groups to be more active against “premature” campaigning by directing the public’s attention to the practices of these epal candidates.

Bautista said the Comelec needed help in this aspect since there is no law prohibiting potential candidates from premature self-promotion.

Jurisprudence, particularly the landmark decision of the Supreme Court in the Peñera v Comelec case in 2009, has also virtually erased the concept of premature image-building and self-promotion as an election offense, he said.

But election lawyer Romulo Macalintal said that while there is no law that would punish an aspiring candidate for engaging in premature campaigning a year before the 2016 balloting, the public can still hold them accountable.–Tina G. Santos

Nadine Lustre Is Always Beach-Body Ready—How Does She Do It?