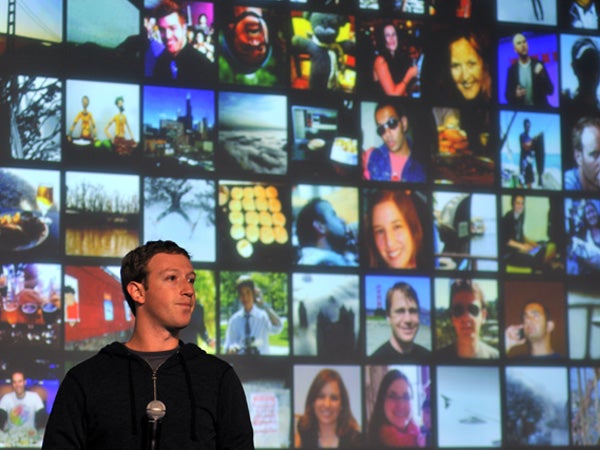 Facebook CEO Mark Zuckerberg speaks at an event at Facebook’s headquarters office in Menlo Park, California, on January 15, 2012. On Monday, June 16, 2015, Facebook launched the photo-sharing app Moments, which allows FB users to share or get photos of themselves taken by their friends. AFP

The standalone app, called Moments, allows users to share photos with friends who are in them, and to get images of themselves.

“It’s hard to get the photos your friends have taken of you, and everyone always insists on taking that same group shot with multiple phones to ensure they get a copy,” product manager Will Ruben said in a blog post.

“When you go to a wedding, for example, there are many people taking great photos throughout the day. You all want a quick way to share your photos with the friends who are in them, and get photos that you’re in back. The same is true for smaller events too, like a kayak trip or a night out.”

“You can then privately sync those photos quickly and easily with specific friends, and they can choose to sync their photos with you as well,” Ruben said.

“Now, you and your friends have all the photos you took together.

Moments uses facial recognition technology to group  photos based on the friends who are in them, similar to the “tagging” used by the Facebook social network.

The new app was launched Monday for users of Apple and Android handsets in the United States, and will be rolled out to other countries over time.