What is the secret behind Xiaomi’s rise as the world’s third largest mobile technology company in just five years?

A group of journalists from Thailand and the Philippines were given a tour into the headquarters of Xiaomi Inc. in Beijing as part of an online journalists exchange program by the Chinese Ministry of Foreign Affairs.

Strategy Analytics and International Data Corp. have both released reports in 2014 placing Xiaomi as third in terms of global smartphone market share. Samsung and Apple continue to lead at first and second, respectively.

According to their website, the company is estimated to be worth over $10 billion and has more than 3,000 employees throughout its offices in China, Malaysia, and Singapore. 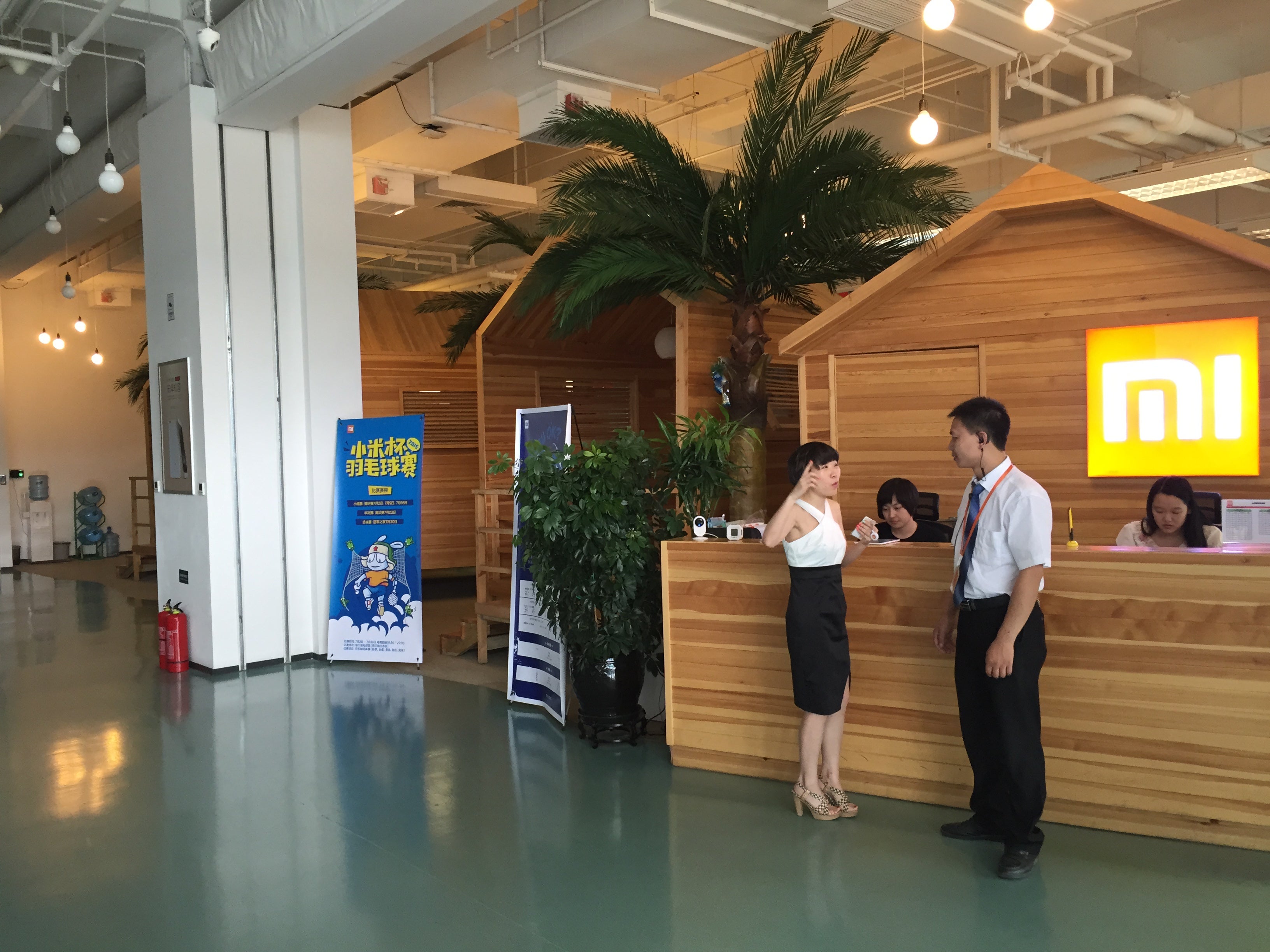 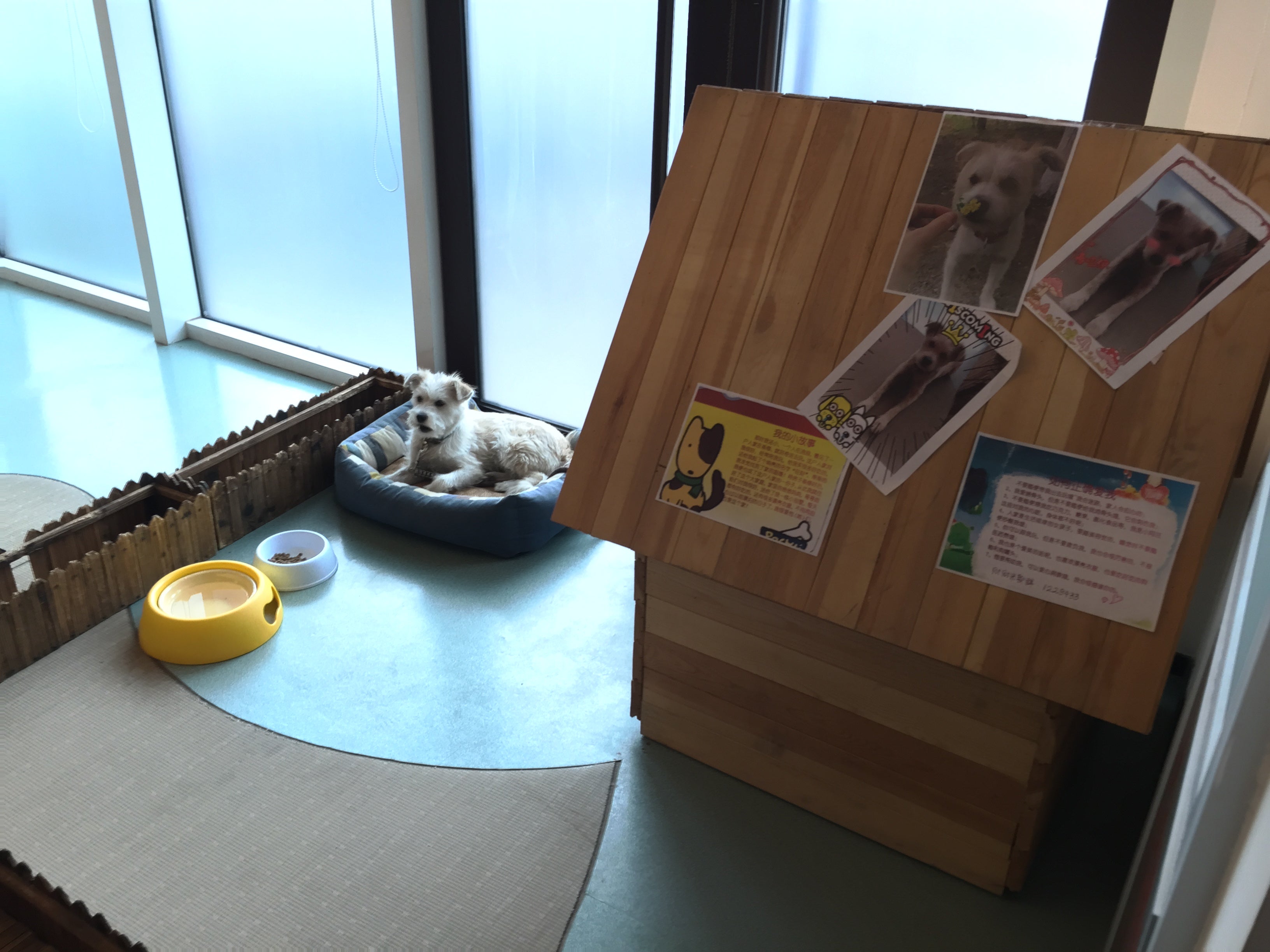 At one corner of the lobby, there is a small fenced petting area for a dog. Posted on the roof of the dog house are various posters made by employees expressing their love for the pet. 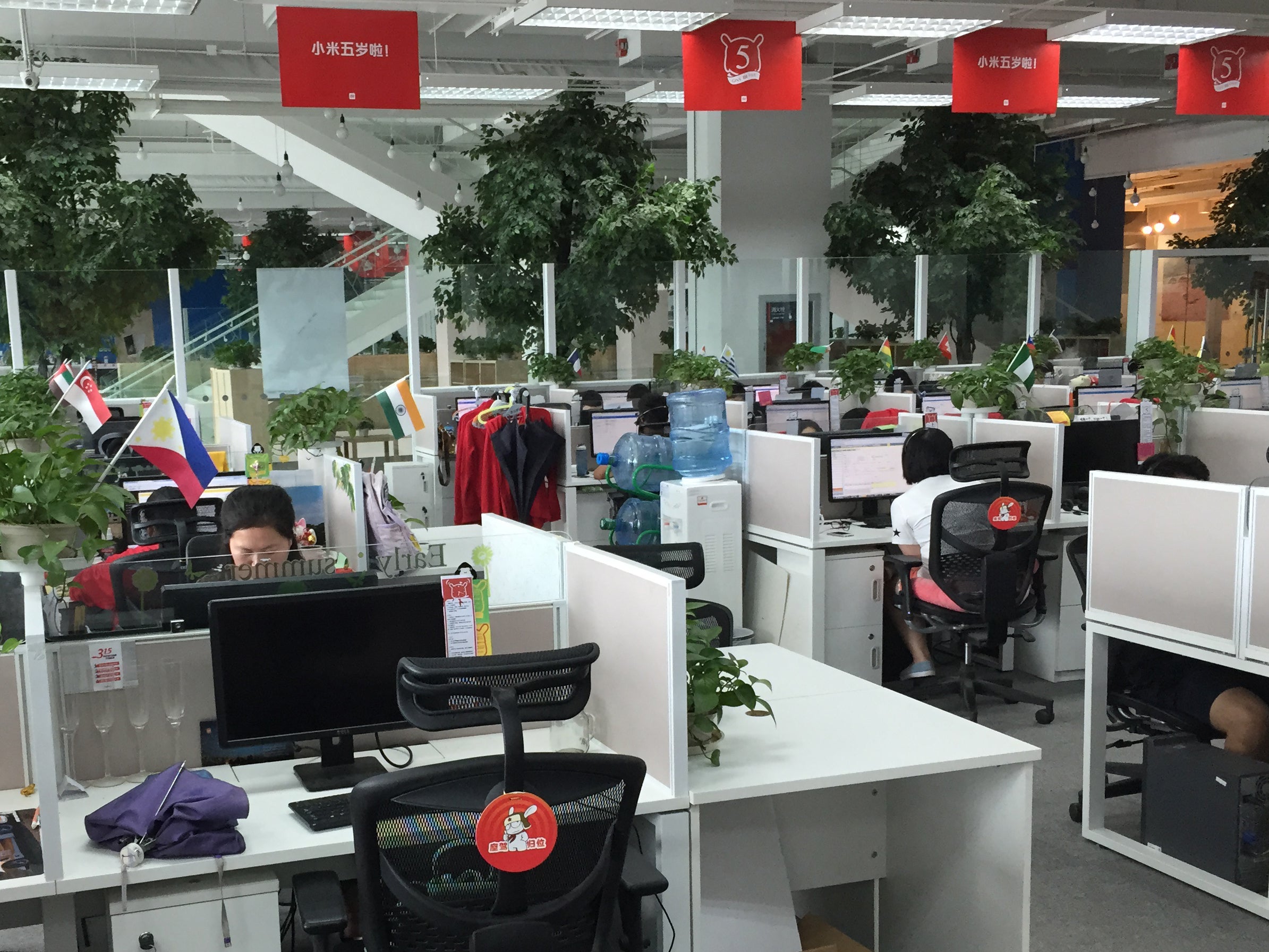 Workstations with plants and flags

Workstations at the customer contact center department are decorated with plants, giving the whole place a fresh feel. Small flags of various countries are placed on their workstations while full-sized flags hang from the ceiling on one side of the office. Philippine flags can be seen on many workstations and one also hangs from the ceiling. 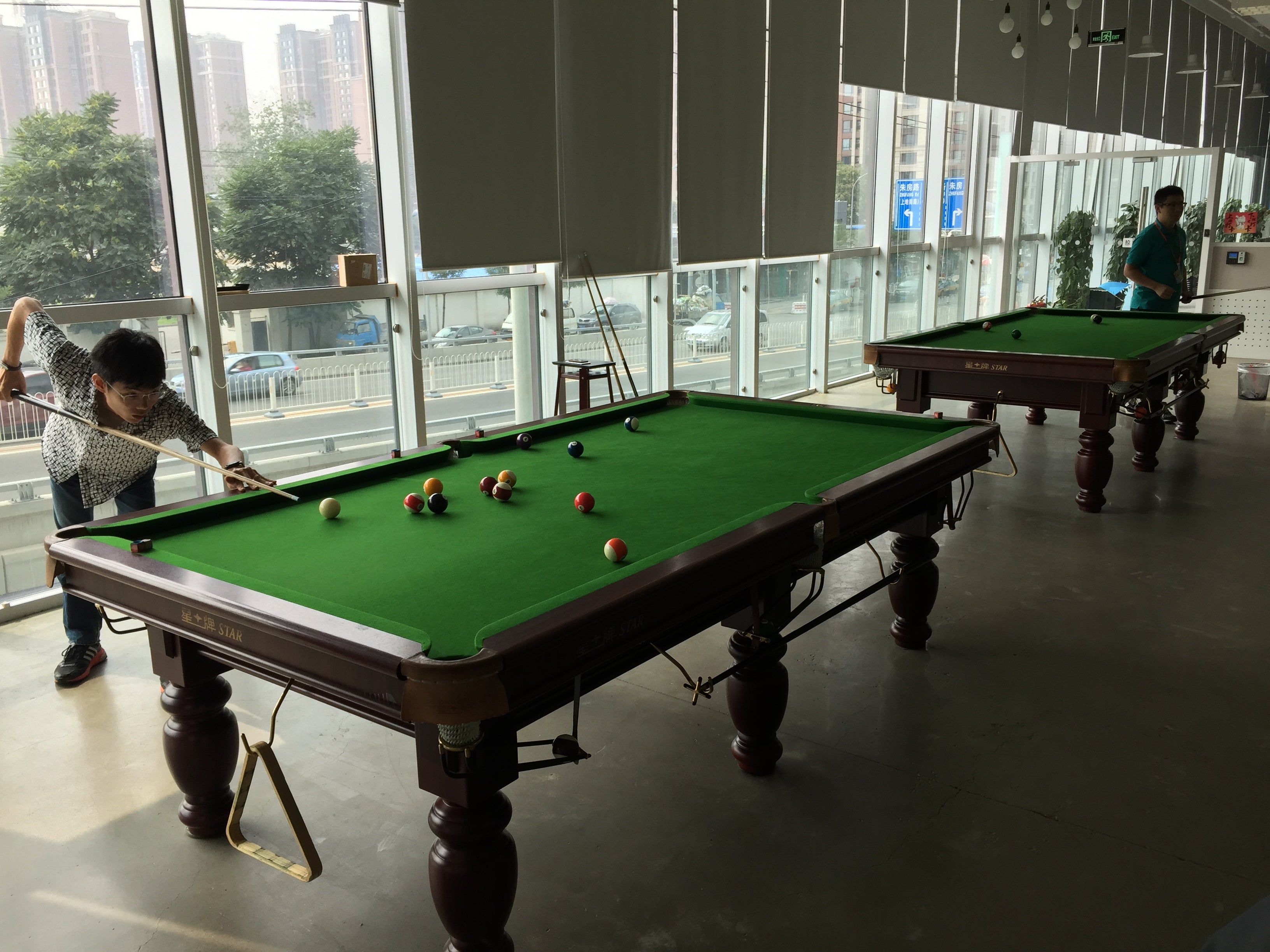 Employees are free to play billiards or pool at two tables located at the second floor lobby. The windows of the building allow natural light inside to brighten the interior. 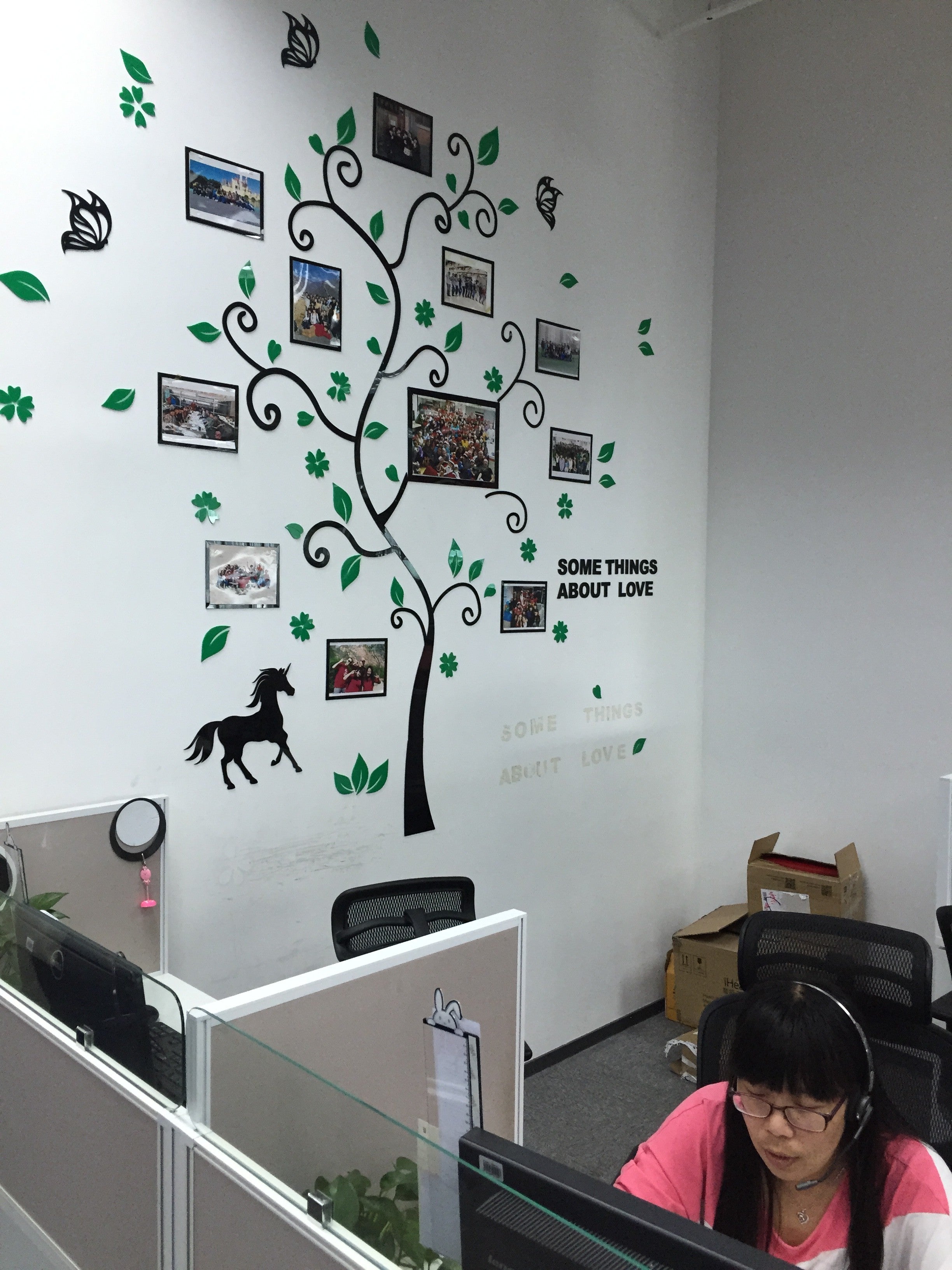 Walls have been decorated by employees with their personal pictures with their workmates. Han points out that their employees are very young with an average age of 26. 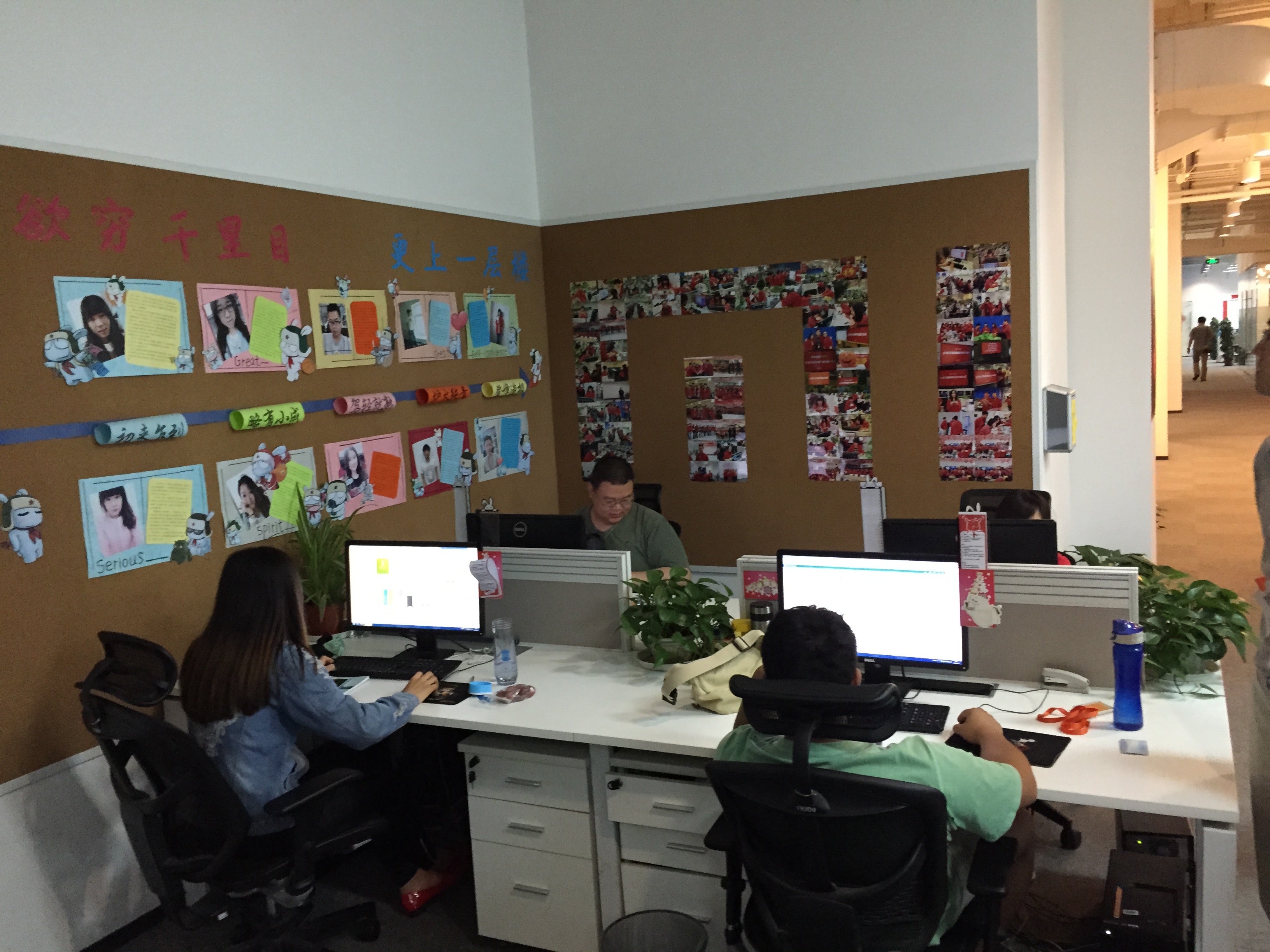 Photos of employees pinned on cork boards or as photo collages on walls are common throughout the office, giving them a space to express themselves. 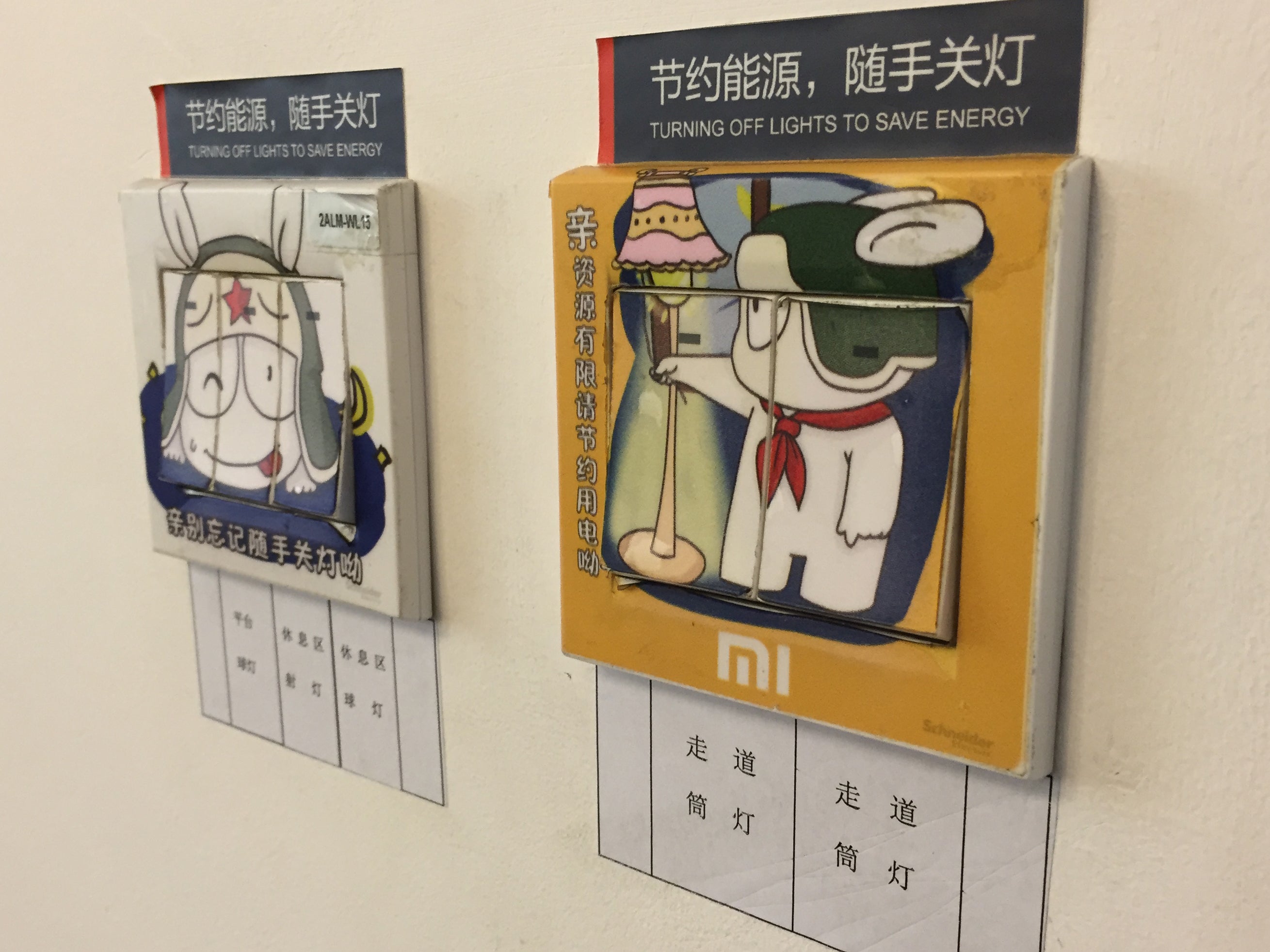 Even the light switches are decorated with stickers of Xiaomi’s mascot, a bunny named Mitu wearing a red scarf around the neck and an Ushanka hat with a red star. Han says stuffed Mitu dolls are among the hottest selling items in their stores. 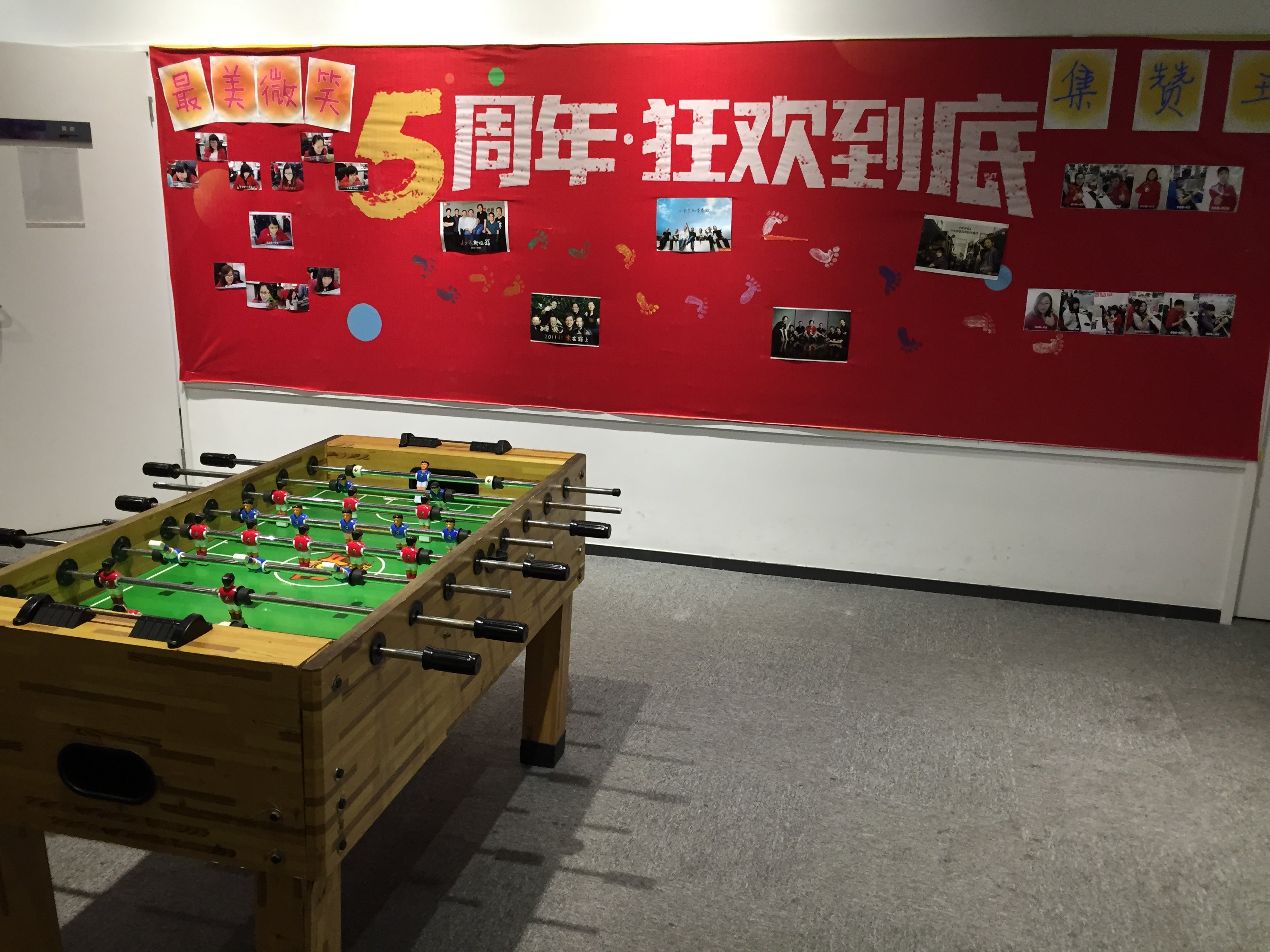 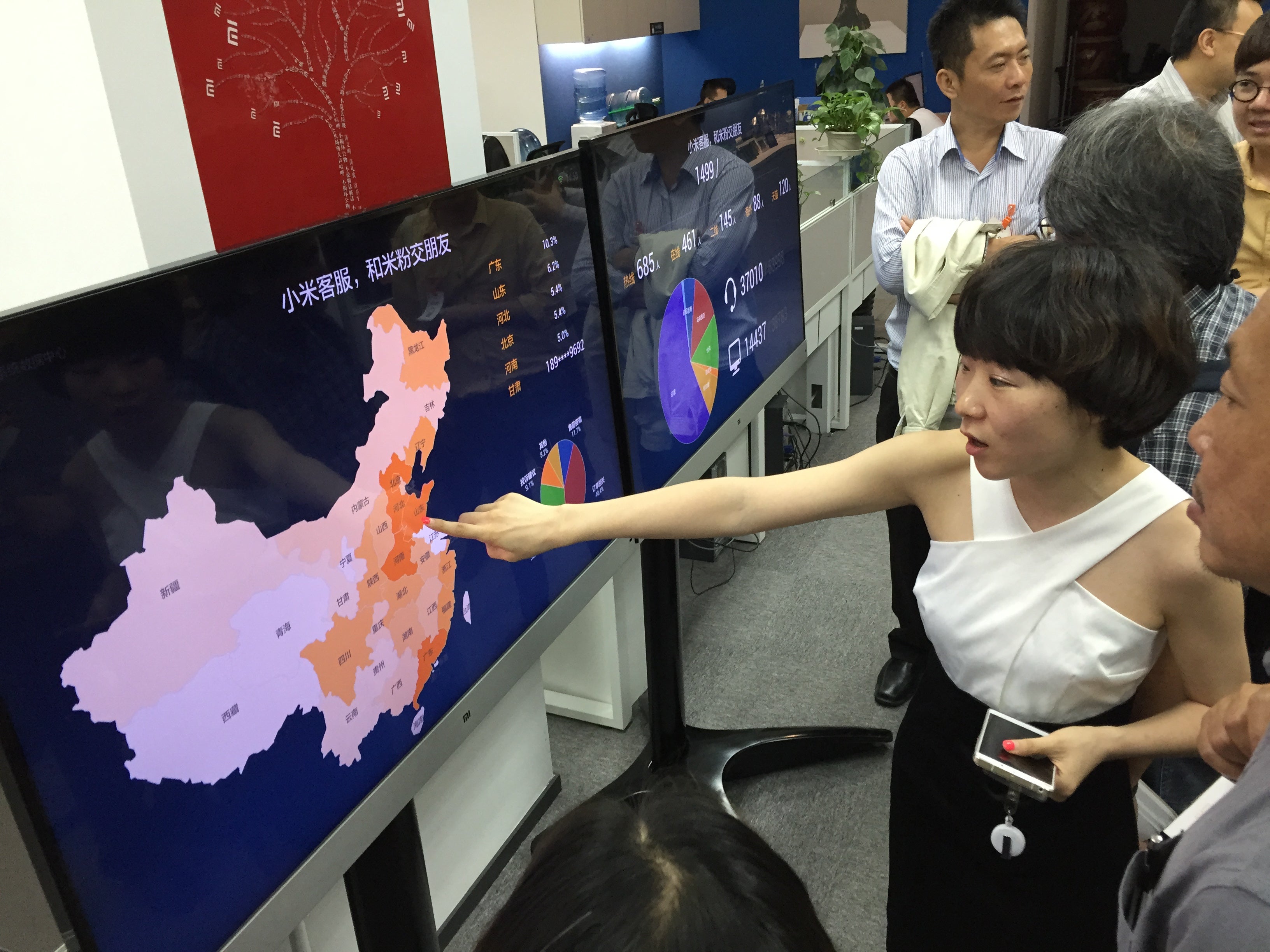 Han shows to journalists their monitors displaying how many customers throughout China are being served in their contact center in real-time. 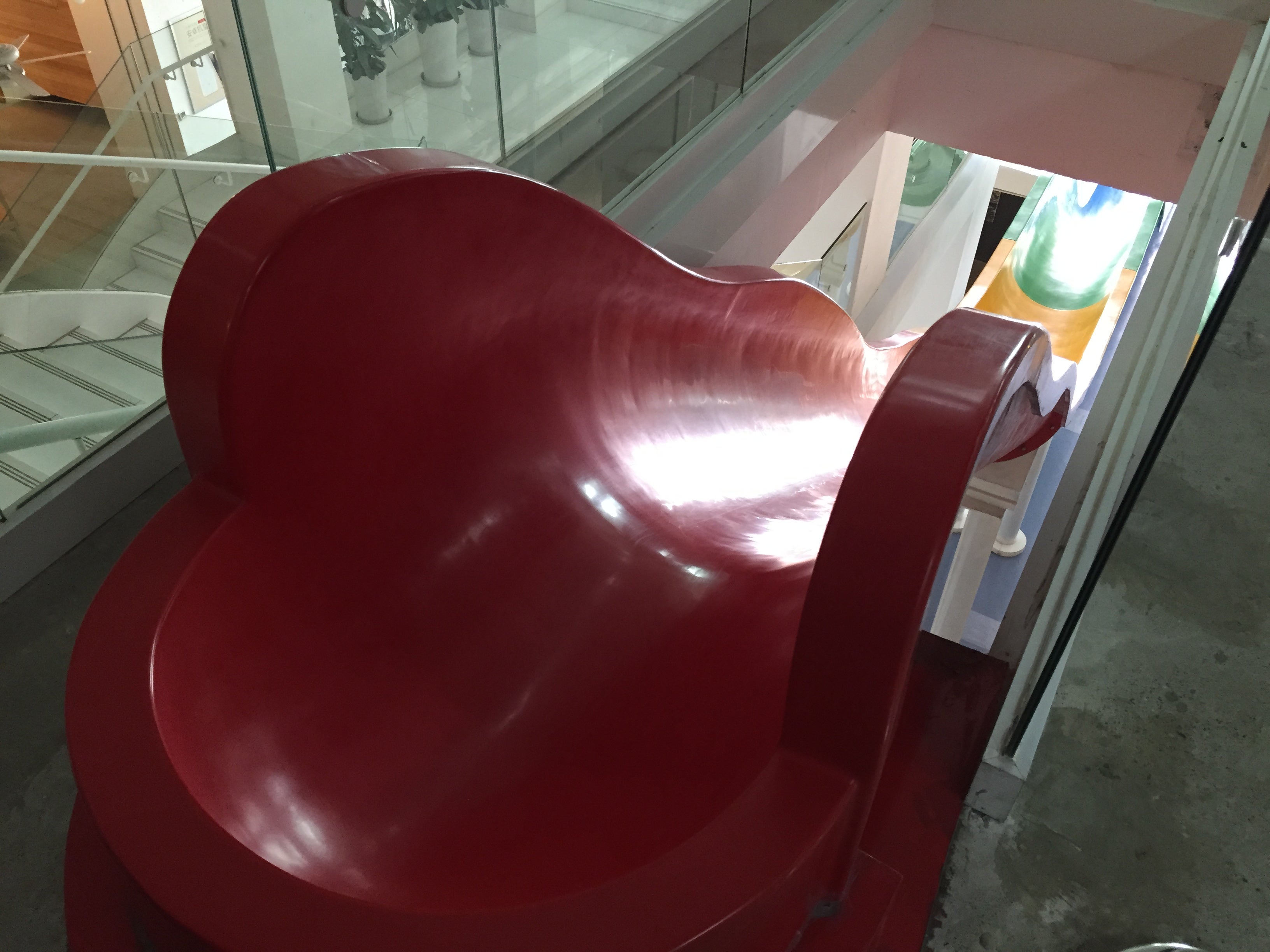 One of the coolest features of Xiaomi’s office is the slide which goes from the second floor down to the main lobby of the building. At the end of their shift, employees can leave the office faster and in style. One journalist tried the slide. Watch the short video below: