INC members use Facebook to show support for executive minister 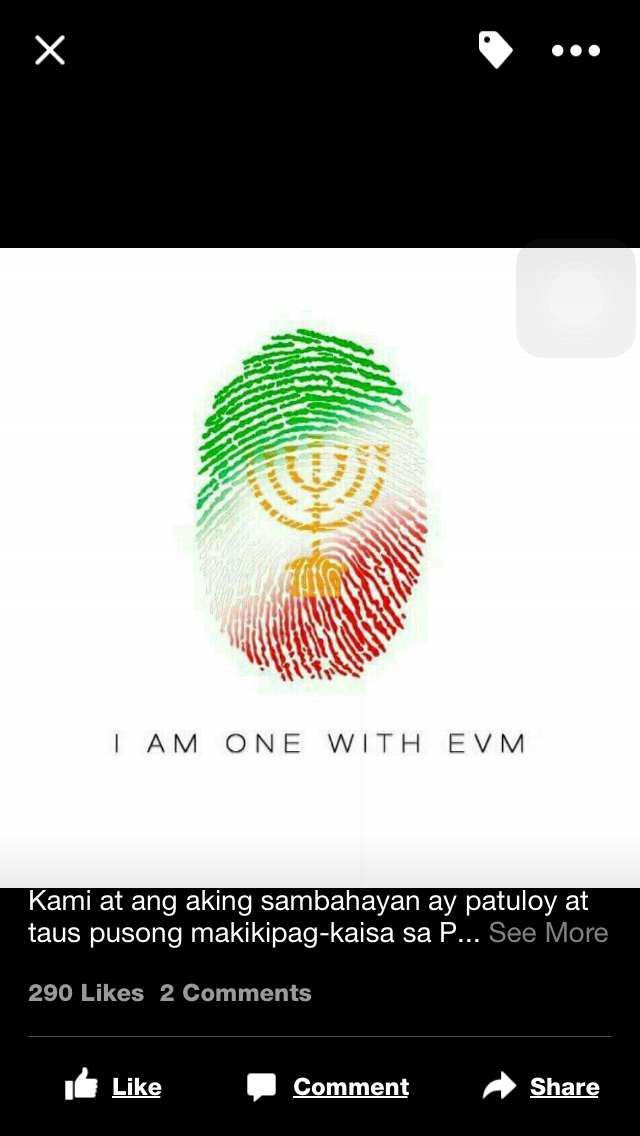 CEBU CITY—Members of Iglesia ni Cristo (INC) have expressed support for their embattled executive minister Eduardo V. Manalo through their own Facebook accounts.

Some changed their profile and cover photos, showing their support to INC and “Ka Eduardo” amid issues of corruption and division in the country’s third biggest religious group.

Profile photos have been changed to a photo of a thumb mark in the colors of INC—green and red with a yellow candelabrum in the middle.

A text is written below the print which reads, “I am one with EVM,” referring to the initials of Manalo.

Some also changed their cover photos to one that bears the INC centennial seal. Written below the seal are the words, “Sundin ninyo ang nangangasiwa sa inyo—pasakop kayo sa kanilang Pamamahala,” a quote from Hebrew 13:17.

The complete quote of the Bible passage is, “Have confidence in your leaders and submit to their authority, because they keep watch over you as those who must give an account. Do this so that their work will be a joy, not a burden, for that would be of no benefit to you.”

Ruben Licera Jr., an INC member in Cebu, said he changed his profile picture on Thursday night to show his support for Manalo.

He said he and his family members remained confident in the leadership of Ka Eduardo despite the controversy hounding the Manalo family.

“We are in full support of the administration which is currently led by Ka Eduardo Manalo,” he told the Inquirer.

Licera, 35, also posted a Facebook status saying INC was not “just about a particular family.”

“Ayon sa pananampalatayang naituro sa akin at sa aking sambahayan mula sa Banal Na Kasulatan, iisa lamang ang aming susundin … Ang PAMAMAHALA—ang kapatid na Eduardo V. Manalo (Based on the teachings from the Bible that have been taught to us and our family members, there is only one that we should follow, the present leadership of brother Eduardo Manalo)!”

Licera said that while they were not allowed to issue a statement on the controversy, his Facebook status was just a “personal note.”

April Joy Parsaligan Ovejera used the hashtag and posted on her account, “Be Faithful. Stand Firm.”

Her cover photo was a quote from 1 Thessalonians 5:17, “Never stop praying.”

Anthonet Borres Estomo posted the thumb mark photo on her Facebook wall, with a caption saying, “My faith has not been moved.”

On microblogging site Instagram, there are at least 543 entries that used the hashtag #IamOneWithEVM as of posting.

Most of the posts used the photo of the thumb mark as an expression of support for Manalo.

Inquirer tried to get the statement of INC here in Cebu but a clerk in their Cebu South District office said their head, Edmundo Padilla, and other officials were in Manila to attend the group’s 101st anniversary on July 27. They will be back in Cebu on July 28. 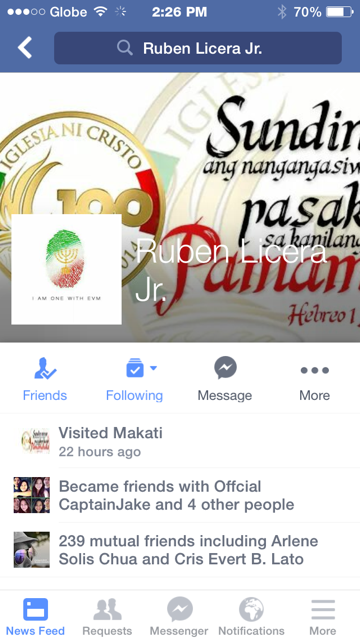