Binay cries: I am a victim of cyberbullying 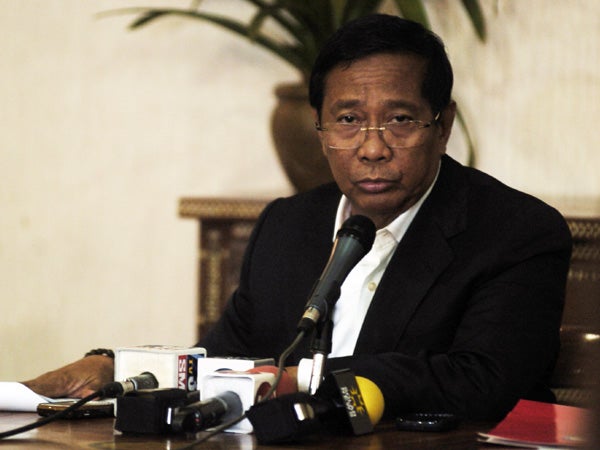 Vice President Jejomar Binay on Wednesday night said he was a victim of cyberbullying by the “patrons” of the Aquino administration.

Binay made the statement in a speech at the 9th annual Asia Pacific Information Security leadership at the Sofitel Hotel in Pasay City where he talked about the cyberspace situation in the country, including cybercrimes and offenses.

Having been among those who fought the martial law regime, Binay said he was a believer of freedom of expression but added that he also believed “freedom carries responsibility within and that comments made in a public forum should be substantiated with facts and truths.”

“I am a victim of cyberbullying by the patrons of the present administration,” Binay said. “I know the anguish of people who have been demonized by the lynching mob who fed lies and fabricated tales.”

But he said he did not think that those who forward negative opinions were not liable for punishment as the original sources who in turn, he added, were hard to trace.

Until the country could come up with a “more refined version” of the anticybercrime act, he said victims of cyberbullying could only hope that those who take part in public forums on the Internet would “differentiate facts from black propaganda, and be more circumspect and responsible in their postings.”

To reporters later, he said he would be a hypocrite if he would not say he was affected by the cyberbullying he gets from social media.

Binay said cyberbullies were destroying with lies his character and that of his family.

The Vice President said the cyberbullying he was getting was part of the demolition by perception operation against him.