Google to be part of new holding company, ‘Alphabet’ 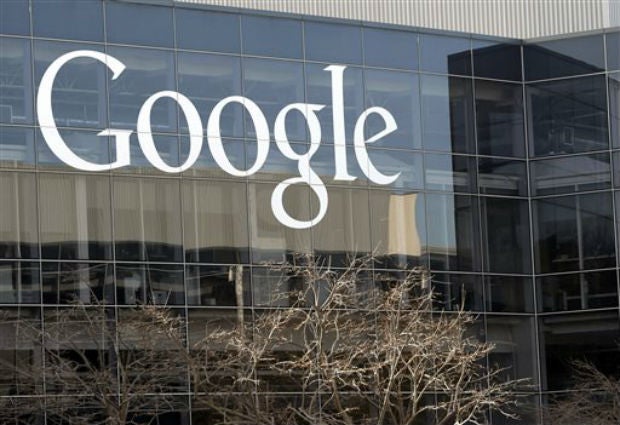 This Thursday, Jan. 3, 2013, photo shows Google’s headquarters in Mountain View, Calif. Google on Monday, Aug. 10, 2015 announced it is changing its operating structure and will become part of a holding company called Alphabet. AP

SAN FRANCISCO — One of tech’s biggest names, Google, is reorganizing under a new moniker — “Alphabet” — in a move underscoring its founders’ ambitions to pursue ventures far beyond the company’s Internet search core, from self-driving cars to cutting-edge medical research.

It will still use the Google name for its popular Internet search engine, mapping service and related products. But CEO and co-founder Larry Page said Monday the creation of the new holding company called Alphabet will provide more independence for divisions like Nest, which makes Internet-connected home appliances, and Calico, which is researching ways to prolong human life.

Analysts said the move may also be a nod to Wall Street demands for more fiscal accountability: As part of the reorganization, Page said the company will begin reporting financial results by segments. That should give a clearer picture of how Google’s core Internet business is performing, separate from other ventures, said analyst Colin Gillis of the investment firm BGC Partners.

“They promised to give us more information,” Gillis said. “Now we’ll get a chance to see.”

Google reported more than $14 billion in profit on $66 billion in sales last year, most of it from lucrative Internet advertising, while other ventures have required large investments without showing immediate returns. The company’s stock has surged in recent weeks after a new chief financial officer announced other moves to rein in corporate spending.

The reorganization also cements the rise of longtime Google executive Sundar Pichai, who will become CEO for the core Google business. Page will be CEO of the new holding company, with his co-founder Sergey Brin serving as president. Google’s executive chairman, Eric Schmidt, will have the same title at Alphabet.

“Sundar has been saying the things I would have said (and sometimes better!) for quite some time now,” Page wrote in a blog post announcing the changes.

Pichai, who was named overall chief of Google products last fall, is viewed by many as a potential successor to Page. While the Google co-founder has not indicated any plans to retire, he has at times struggled with a condition affecting his vocal cords that interfered with his ability to speak.

The 43-year-old Pichai, who joined Google in 2004, is generally known as a soft-spoken but highly effective manager. After leading efforts to build the company’s Chrome browser and related products, Pichai was given responsibility in 2013 for Google’s Android mobile operating system — a crucial role as the company was seeing much of its Internet business shift to mobile devices.

With the reorganization, Page signaled that he wants to give more authority to CEOs of the companies that will be part of the new entity known as Alphabet.

“Our company is operating well today, but we think we can make it cleaner and more accountable,” he wrote. “We believe this allows us more management scale, so we can run things independently that aren’t very related.”

Businesses that will operate separately under the Alphabet umbrella include Calico, which Google established to conduct health research in 2013; Nest, which Google acquired in 2014; Fiber, which is building high-speed broadband networks in several cities; and Google X , the research lab responsible for Google’s self-driving car venture and previously developed its controversial Internet headset, known as Glass.

Google’s YouTube video division, however, will remain part of the core business under Pichai, although Page made a point of praising its chief, longtime ad executive Susan Wojcicki. Google historically has not reported earnings separately for the YouTube business.

“It may not be quite ready yet,” said Gillis. “Maybe they’re going to do a little polishing and work on profitability first.”

The new structure could make it easier for Google Inc. to sell off some of its unrelated businesses, or buy new ones, analysts said. Page has suggested previously that he is following the model of financier and businessman Warren Buffett. Buffett is CEO of Berkshire Hathaway, a conglomerate that owns more than 80 subsidiary companies and lets each operate with substantial independence.

Google said its chief financial officer, Ruth Porat, will hold the same title for both Google and Alphabet. Once the reorganization is complete, the company says its two existing classes of publicly traded stock will continue to trade on the Nasdaq exchange under the ticker symbols “GOOG” and “GOOGL.”