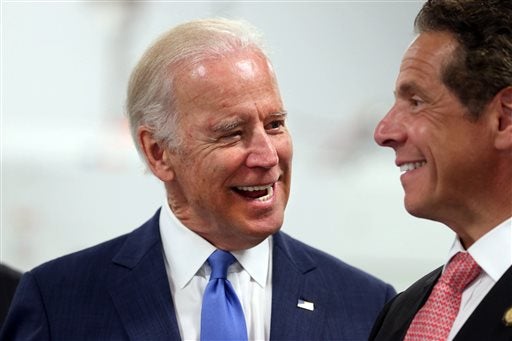 ROCHESTER, New York — Rochester, whose fortunes have risen and fallen with the demand for futuristic technologies from former powerhouses like Xerox and Kodak, is looking for its next big breakthrough in the field of integrated photonics, a light science with the potential to transform communications, medicine and national defense.

Federal, state and local officials on Monday announced the city as the national headquarters for a $610 million research and manufacturing hub dedicated to the emerging field, which could mean thousands of jobs for the region.

“You’ve gone from making Brownie cameras to the lenses that are now mapping the far side of Pluto,” Vice President Joe Biden told an audience inside a vacant Kodak building that will serve the photonics hub. “We’ve reached the furthest reaches of the solar system but today’s announcement is a much smaller frontier, harnessing the power of light into the tiniest components.”

Western New York already has about 100 companies focused on optics and photonics, and supporters of the new project say it will bring together government, industry and academia to advance photonics research and its commercial uses.

“This is a huge win that will shape our region’s economy for decades to come,” Rep. Louise Slaughter said.

The project will be funded in part by $110 million from the U.S. defense department, with an additional $500 million in state and private investment, Biden and Gov. Andrew Cuomo said in Monday’s formal announcement.

New York’s bid was selected from among three finalists competing for the project since it was announced by President Barack Obama’s administration last fall as part of efforts to strengthen American manufacturing. Southern California and central Florida also were in the running.

The photonics project is the sixth such private-public partnership to be announced and the most heavily funded to date. Others in the National Network of Manufacturing Institutes include a 3D printing technology hub in Youngstown, Ohio and an advanced materials center in Knoxville, Tennessee, Biden’s office said.

“The photonics center we are now bringing to Rochester will harness the power of the Defense Department and ?the prowess of Rochester’s 24,000 employee-strong photonics industry and focus it like a laser beam to launch new industries, technologies, and jobs,” Sen. Charles Schumer said in a statement.

Biden announced the award with Cuomo following a private briefing on the technology. President Alain Kaloyeros of the State University of New York Polytechnic Institute showed the two men an array of next-generation photonic technology, including a chip with 144 optical ports and the potential to transmit 20 terabytes of data a second and a module with more than 400 integrated photonic elements that can transmit the equivalent of the entire print content of the Library of Congress in 20 seconds.

“Now let me ask you,” Biden said to Kaloyeros. “What comes next?” TVJ