Study finds link between e-cigarettes, smoking in US youths 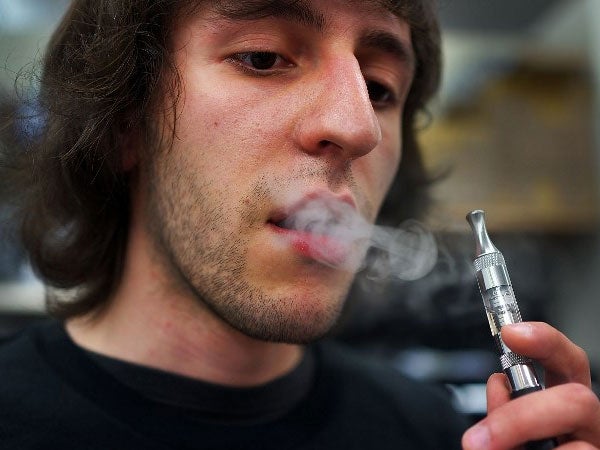 MIAMI, United States—A study of high school students in California out Tuesday has shown that those who have tried e-cigarettes are more likely to also try traditional cigarettes or cigars.

However, the findings in the Journal of the American Medical Association stop short of showing that e-cigarettes cause teens to try other forms of tobacco, and scientists said more research is needed to explore any such link.

E-cigarettes are battery-powered devices that heat a nicotine-containing liquid that is inhaled by the user, a process known as “vaping.”

They are not currently subject to the same regulations as tobacco cigarettes, and some health experts are concerned that their use will balloon in the coming years, particularly among vulnerable youths worldwide.

The JAMA study was based on a pool of 2,530 students, with an average age of 14, from 10 public high schools in Los Angeles.

At the beginning of the study, all reported never having used combustible tobacco, such as cigarettes, cigars or hookahs.

A total of 222 said they had tried e-cigarettes.

Students answered surveys after six months and then again after one year of enrollment, describing their use of any combustible tobacco products.

Those who used e-cigarettes were more likely than students who did not try the devices to report smoking cigarettes, cigars or hookahs during the study period.

In all, 31 percent of e-cigarette users tried other forms of tobacco, compared to eight percent of non-vapers, after six months of follow up.

Some experts stressed that the findings do not show cause and effect.

“The new study does not show that vaping leads to smoking,” said Peter Hajek, professor of clinical psychology at the University of London.

“Despite the headlines this study will generate, there is no evidence to suggest that experimentation with vaping among non-smokers leads to even regular vaping, let alone to smoking.”