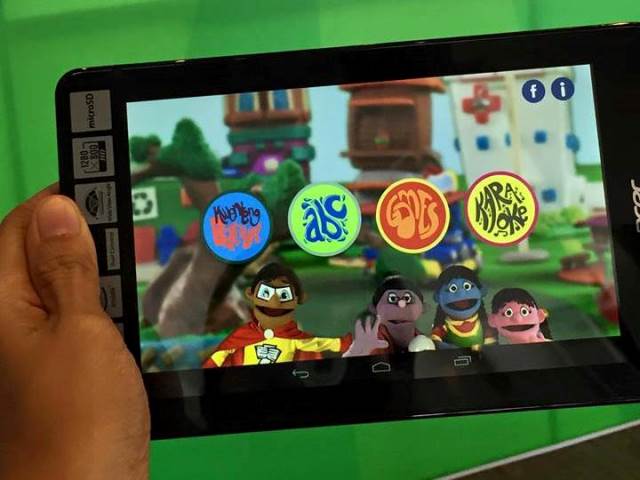 “Batibot” is a local children’s television show that first aired in the early 1980s and lasted until the late 1990s.

Teacher Feny Bautista of the Community of Learners Foundation (CoLF) conceptualized and produced the kids’ show together with the late renowned writer Rene Villanueva. “Batibot” was modeled after “Sesame Street,” a children’s show in the United States that teaches preschoolers basic educational skills through songs, dance, and role-play.

“Batibot” had to go off the air for several reasons, one of which was poor ratings.

Digital life is now defined by the apps people use. Through the app, “Batibot” hopes to reincarnate itself in the minds of the children whose parents grew up with the show.

“‘Batibot’ will always be that shared inter-generational experience,” said Bautista during the launch.

CoLF and Smart Communications (Smart) tapped the services of digital startup OrangeFix to develop the app.

Smart recently launched its Smart TechnoCart, a mobile digital laboratory that contains, among others, 20 tablets preloaded with the Batibot app.  It also has a laptop and projector teachers could use, a Smart Bro pocket Wi-Fi with prepaid load for connectivity, and Smart One Campus, a learning management system that helps administrators and teachers track and measure their students’ academic performance.

The Batibot app is said to be the first learning app in Tagalog that is “aligned with the national kindergarten curriculum of the Department of Education.” It has interactive features like the classic game “Alin Ang Naiba,” where children are asked to identify what is different from a group of objects and pictures. Kindergartners can also practice writing by tracing letters on their device, and sing along to “Batibot” songs via the app’s videoke feature. 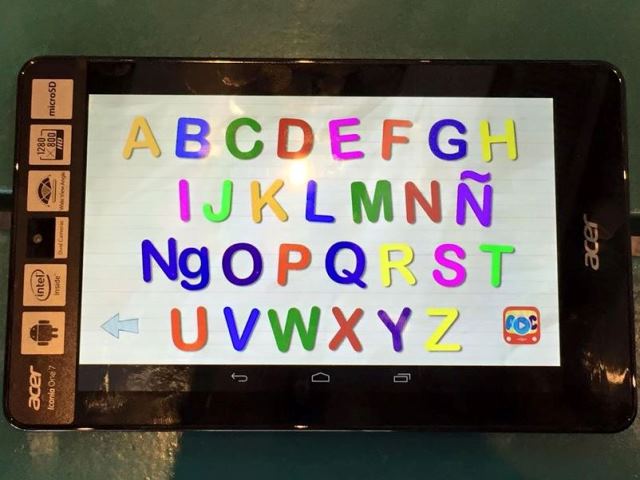 The app is available for Android devices for now and soon on iOS.

“Kuwentong Batibot” feature provides children with access to stories in Tagalog, “with the aim of establishing a firm foundation for early and emergent literacy.”

The app is available for download on Android devices for now. The version for iOS is currently being developed and will soon be available, according to David Quitoriano, president of OrangeFix.

Additional features will also be made available soon.

“We want the kids and adults to enjoy the app first before we introduce additional features,” he said. “We want to test their reaction and reception first to the app and its contents.”

Some schools have been transforming their textbooks into tablets. Parents may be able to use mobile devices as a way of teaching toddlers and preschoolers right at their own homes so when the kids are finally of age to go to school, they can claim that they are ready.

Interactive learning may entice them to play while unconsciously learning in the process.

But for Bautista, the app goes beyond catching up with the digital world.

“This time, we also see the urgency of supporting very young children as they enjoy their digital play experiences in a language that we hope they would learn to love and be comfortable with—Filipino,” she said. RC