Google calls Filipinos to contribute to its language service 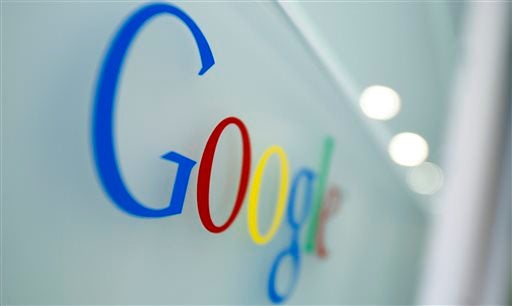 Calling all Filipinos: help Google translate the web into your native languages.

In celebration of Buwan ng Wika, tech giant Google is encouraging Filipinos to contribute translations of Filipino and Cebuano to its language service, Google Translate, in hopes of making the internet a more inclusive space for both native and non-native speakers.

The effort is part of Google’s Love Your Language project, a global campaign aimed at “empowering communities to build high quality translations online for their languages using the Google Translate Community Tool” so local speakers and those who do not know certain languages “can appreciate their language better.”

“In the Philippines, we wanted to empower Filipinos to build a web that works for them by actively contributing to the representation, accuracy and understanding of our languages online and cultivate the creation of relevant local content,” said Gail Tan, Google Philippines Head of Communications and Public Affairs.

Google Philippines, which set up a shop in Manila in 2013, enlisted the support of the Komisyon sa Wikang Filipino to encourage participants in the project, Tan said.

“We want Filipinos to have an enriching online experience where they can have access to the most relevant content on the web. We want to make the internet work for everyone who has the chance to be online, and we recognize the fact that not all of them speak English,” Tan told the Inquirer in an interview via Google mail.

The Love Your Language campaign aims to assist the Google Translate machine to come up with better translations of web content into Filipino and Cebuano, two of the major Philippine languages, with the proper context and nuances.

“Google Translate is done by a machine, which is why we encourage people who know and love their language to add that human touch and contribute accurate translations to give context to words, so the machine can learn the meanings behind different strings and come up with better translation,” said Tan.

It followed the launch of the Google Translate Community last year, a crowdsourcing tool that serves as the tech giant’s way of filling gaps in the quality of translations by its machine.

“Around the world we have this issue about the quality of translation online, and found that people really wanted to help improve it so their online experience could be better,” said Tan.

Human translations, as opposed to purely machine-generated ones, “help better reflect the way people want to use their language on the web,” Tan said.

“Whereas purely machine translated words may get context wrong, a native speaker of the language will surely know when to use and not use a word,” she said.

“We hope you’ll join us in strengthening our national pride and the love for our languages through your individual translation contributions,” Google said in its invitation to online users.

“Giving them access to content in a language they do not understand but are translatable to a language they know helps improve their web experience, and is part and parcel to the fulfillment of our mission to make the world’s information universally accessible and useful to everyone,” Tan said.

Filipino, the national language, and Cebuano were chosen for the project because they are two of the most commonly used Philippine languages online, said Tan.

“Our focus is, and [will always] be, our users, so we are keen on translating the languages that we see are most commonly used online,” she said.

Filipino and Cebuano speakers who have online access may participate in the project, which was launched this month in honor of Buwan ng Wika and will extend well beyond the end of the commemoration.

“Every Filipino who has access to the web, whether they are in the Philippines or elsewhere. While this is a project launched in August to coincide with the National Language Month, the call to action goes beyond August,” Tan said.

As an incentive, the top 3 contributors—individuals or groups who “should have more than 1,500 quality contributions”—will be rewarded “with a token,” Tan said.

Mechanics and signup forms may be found on sites.google.com/site/loveyourlanguagephilippines.