The cyborgs are coming! 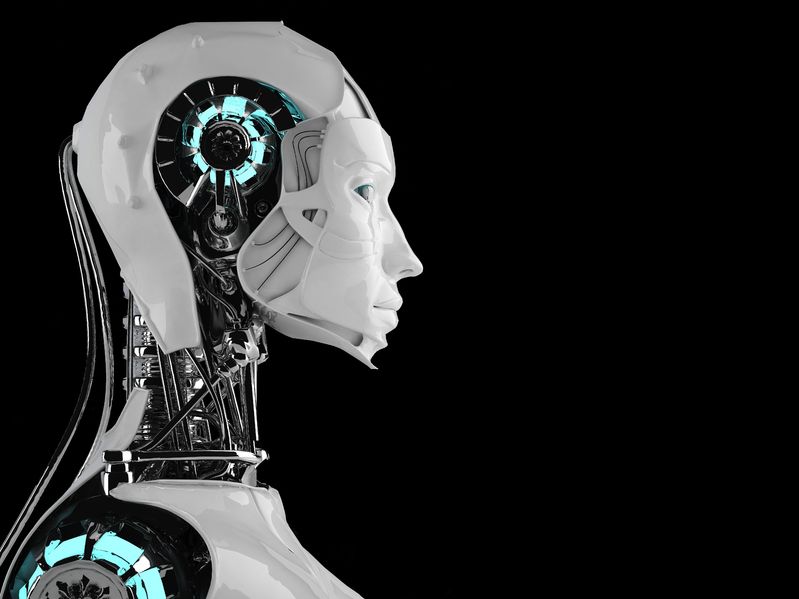 The technological age is upon us, bringing new machines and software that are more efficient than humans. The change that will make human labor redundant will be as sweeping as the industrial revolution in the 19th century, warns Frank Leung Hung-fat, associate professor of Department of Electronic and Information Engineering at the Hong Kong Polytechnic University. “We’d better prepare ourselves for the workplace transformation that has never ceased happening.”

Workers in low-skilled jobs earning poor wages are expected to be the hardest hit. But the advance of technology poses a threat to those in professions heavily dependent on information processing. That list is broad, including lawyers, accountants, lab technicians, anesthesiologists and many more. Machines that perform data and image processing are capable of working much faster, more efficiently and with greater accuracy than humans. The technological revolution does not necessarily mean all lawyers, accountants and so on will be out of work. The expectation, however, is that the positions available in those fields will be significantly reduced.

In today’s double income economy and high mortgages, the loss of a single pay check can spell disaster. People need to be prepared, said Leung. Finding a new job can be difficult enough. Finding a new career may be even harder.

Park said that automation is likely to affect jobs at all skill levels, leading to a hollowing out of middle-skill jobs. This will only exacerbate the polarization of high-skilled and low-skilled occupations, contributing to a widening wealth gap.

Wallace Mok Kai-chung, senior lecturer specializing in labor economics at the Chinese University of Hong Kong (CUHK), said a sudden surge in unemployment heralds the onset of decay and abandonment of urban renewal. He cited Detroit which never quite regained its thriving economy once the factories closed down.

“It is knowledge and experience that can help overcome the crisis in the end,” Leung said.

Adapting with the times

Park believes the key to reducing the widening wealth gap brought on by automation is to reform education and retraining. Workers, he says, must adapt and prepare to meet the demands of the labor market, by equipping themselves with the right skills, as technology evolves.

“Hong Kong should invest heavily in the education of young people to make sure more qualify either for highly-skilled jobs or acquire professional expertise,” remarked Park.

Leung acknowledges that Hong Kong has started placing greater emphasis on vocational training, though many high school graduates, including those unable to qualify for university entrance, continue to disdain skills training.

“Quite a number of middle-class people study during leisure hours. They know the community is no longer so much labor-intensive as it is knowledge-based. The curricula of our education systems have been revamped for shifting to a knowledge-based world of technologies and automation.”

Leung regrets that the government does not encourage people to seek skills training more actively. Hong Kong lags behind Singapore, South Korea and even Taiwan, he said. “Examples of companies engaging in technology advancement and innovation can be found in Science Park, but the overall scale is too small.”

Leung encourages people to put themselves in the driver’s seat leading to technology advancement. More jobs will be created in that field, thanks to ongoing innovation. “The younger generation does not appreciate the great opportunities in technologies. They tend to be passive users, as opposed to proactive developers and innovators. They generally have a weak mathematical background, which deters them from studying engineering and technologies at university,” Leung reasoned.

As automation continues infiltrating our lives and grows more sophisticated, people who work in laborious, dangerous, repetitive and menial jobs are likely to become redundant within a short span of years, says Du Ruxu, professor of the Department of Mechanical and Automation at CUHK.

The highly-cited study conducted by the Oxford Martin School in September 2013 examined the effects of automation on the US labor market. The study predicted that 47 per cent of US occupations will be lost to automation in the next 20 years. The most vulnerable job types include transportation and logistics, production labor, administrative support, services, sales and construction.

“I don’t think Hong Kong will lose as many as jobs as the US, given that our city doesn’t have large-scale assembly lines, which are the most vulnerable to being replaced by machines,” said Du, “Service and construction industries in Hong Kong are most likely to be affected.”

While the Oxford study inferred a negative relationship between the level of education or specialized skills and an occupation’s likelihood of being computerized, technology’s disruptive influence will likely sweep the whole workforce, as more and more applicants apply for fewer and fewer jobs.

Automation already has made its way into local rehabilitation centers, where machines are able to assist the disabled to recover motor abilities. “In the past, one therapist could handle only one or two patients. Now with the introduction of rehabilitation devices, one therapist can supervise three to four patients,” said Hazel Kwong, international sales manager of Rehab-Robotics. The company supplies therapeutic devices to six Hong Kong medical institutions, mainly assisting stroke survivors to recover their mobility.

Today’s rehabilitation therapist evaluates the patient and customizes a training program. Then the machine goes to work and the therapist moves to the next patient.

Improvement through automation readily translates into reduced manpower. Major companies love it. They can shed costs and be more competitive in the globalized economy.

Jean Woo, chairman of the Department of Medicine and Therapeutics at CUHK, said, “There is an emerging role for automated or robotic technologies to take over some caring tasks, which traditionally are provided by people. There always was a shortage of caregivers, to do cleaning and lifting.” She says the current lack of staff contributes to poor quality of care, so we resort to machines to relieve the problem. “Tasks that may be fully automated are meal trolleys, clean dirty linen trolleys, patient transfer from one place to another,” Woo considered.

The number of bank tellers has shrunk dramatically since the ATM (automated teller machine), observes Linus Yip Sheung-chi, chief strategist of Hong Kong-based First Shanghai Securities, Ltd. Yip, who has been in the financial field for more than 20 years, notes that physical stock settlement deliveries and custodians who held securities and other assets were completely replaced by automation by 2000.

The number of office staff has already dropped significantly as the result of big data technology, and that trend will continue, said Tang Sing-hing, CEO of Jun Yang Securities Company, Ltd. “Jobs in the back office are all about data storage and are fact based. They require little thought or subjective judgment. The computer is more reliable than humans.”

Liu Hai, research associate professor of Computer Science at Hong Kong Baptist University, said anesthesiologists, who usually charge high fees, stand the risk of being replaced by anesthesia robots. A machine called Sedasys, rendering such service, has been approved by the US Food and Drug Administration.

Joe Fan King-man, a colorectal surgery consultant from the University of Hong Kong, told China Daily that five hospitals in Hong Kong have successfully employed surgical robots to perform minimally invasive surgery. For surgeons, a shaky hand is unavoidable during operations, but can be especially troublesome during minimally invasive surgery. “A robot with steady hands comes as a solution,” says Fan. “The other advantage of the robot over humans is it can probe and reach deeper body structures and organs unreachable by surgeons.”

Fan hastened to add that the robot is controlled by surgeons behind the stage at the consoles. He is not convinced the surgical robot ever will be able to work independently. “The whole process will still rely on surgeons to manipulate the robot.”

But Fan envisages that staff in pharmaceutical dispensaries and nurses helping with basic health examinations will become redundant.

Workers whose skills cannot be replaced by machines are relatively safe.

Kwong, the sales manager of the Rehab-Robotics, stressed that the rehab devices just act as supplements to professional therapists. “We still need therapists to instruct patients how to properly use the device.”

Therapists need to correct patients’ posture from time to time, otherwise the efficacy would diminish.

“Patients won’t be able to operate the machine without guidance from professional trainers,” said Kwong. “For example, a patient is already able to do hand-grasping motion and needs to practice opening the hand. But without a therapist monitoring his progress, he may not realize that.”

Poon Chung-yan, research assistant professor specializing in electronic engineering at CUHK, believes human brains are still superior in analyzing and handling complex situations. Poon said human beings can learn a skill set based on existing skills rather than acquiring everything from scratch every time as, unlike robots, human brains have neuroplasticity.

Jobs requiring innovative and creative minds appear most secure in almost any field, according to the Oxford Martin research. “Machines can’t match humans in creative fields,” Leung said, “We can’t teach a computer aesthetics, or how to think outside the box.”

Robot subs join search of MH370 in the dark deep