VR offering a new view of the world 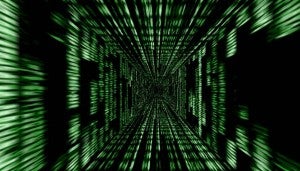 It’s often been said that our eyes have the ability to deceive us. Magicians and con artists have been able to exploit this subtle flaw in human physiology for centuries, the gaming industry is only just starting to tap into it. Over the last few years virtual reality has become all the rage among technology experts, game developers and virtually anyone who wants to create a digital world to host their product.

There’s no doubt that Oculus Rift is driving the industry forward. Palmer Luckey’s creation is a “no expense spared” affair that promises to plunge users into a slew of visually real worlds. Of course, in reality, we know that what we’re seeing isn’t “reality”, but through a variety of technological innovations, Oculus Rift has made it possible to see a host of stunning environments without leaving your living room.

Indeed, regardless of your particular preferences, you’ll soon be able to purchase the first commercial Oculus Rift headset and play games such as VR Roulette, Surgeon Simulator or even Ping Pong. All interesting in their own ways, these new environments will take players into arenas they’ve previously never seen. 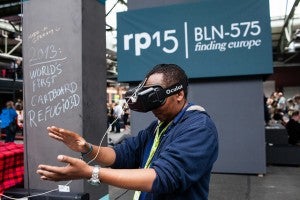 For example, Microgaming’s VR roulette has been designed to lift players out of a 2D casino world and into a world of moveable chips and betting wheels. The same company that allows gamers to play Roulette games on their site, like and more, Microgaming used VR Roulette to explore the possibilities of virtual reality in the betting world. Fusing Oculus Rift with Leap Motion controllers, the product allows users to move betting chips around the table as if they were really there.

Already a success (it was presented with Digital Gaming Innovation of the Year award), the product has not only shown that players will soon be able to enjoy more than online slots, blackjack and roulette in a virtual world, but that the online betting industry is just the latest world to be swept up by the VR craze.

A toy box of VR options 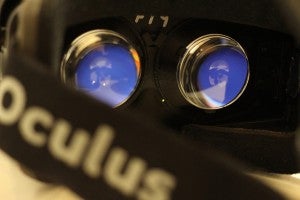 Of course, there’s more to VR than spinning a roulette wheel. Facebook has joined Microgaming and the other companies looking to exploit VR by creating a new virtual reality ping pong game. Being the owner of Oculus Rift, Facebook naturally has unprecedented access to Oculus Rift’s hardware. Thanks to this access, Mark Zuckerberg has created Toy Box. Giving users the ability to play a range of games using their hands, including ping pong, the software is impressive for one reason: it allows you to play against other users.

Regardless of where your friend is, you can stand across from them in a virtual room and fire a table tennis ball at them. This ability to take an empty room and fill it with toys, games and – importantly – your friend, halfway round the world is something that promises to take the VR world to new heights when Oculus Rift goes on general release in 2016. 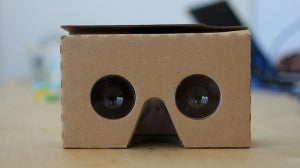 Although Oculus Rift is currently leading the market, it’s not the only player in the game. Products from HTC, Microsoft and Sony are all making virtual waves at the moment, as is Google’s Cardboard. Offering an entry-level VR headset for iOS and Android mobile owners, this product has taken a slightly different route to other virtual reality developers. Aside from the obvious (the headset is made from cardboard), Google Cardboard is being used to create virtual trips.