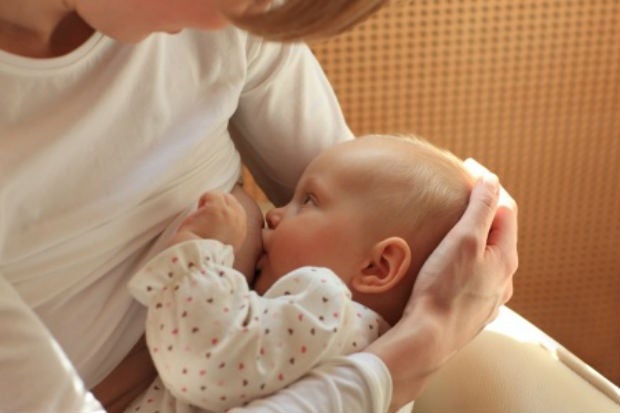 Less than 1.5 percent of children, given one of two anti-viral drugs during 12 months of breastfeeding, caught the virus from their mothers, said a study published in The Lancet medical journal.

This was the first study to assess the effectiveness of AIDS drugs to prevent mother-to-child transmission in infants breastfed for longer than six months.

Breastfeeding, especially in poor countries, is one of the best ways to improve infant survival, but is also an avenue for women to pass the AIDS-causing virus on to their infants.

The latest findings will feed into an ongoing debate which stacks the nutritional benefits of breastfeeding up against the risk it holds for transmitting the virus which causes AIDS.

The World Health Organization (WHO) recommends that HIV-positive women, especially in developing countries, breastfeed their infants for at least 12 months—the best way to get the nutrients they need and avoid serious illnesses such as diarrhoea and pneumonia.

When the mothers themselves were taking antiretroviral (ARV) drugs, the risk of transmission is about 0.2 percent per month—thus 2.4 percent in total over 12 months of breastfeeding.

But when special child ARV formulations were given to the baby directly, the risk was about 1.5 percent, said Thursday’s study, which involved some 1,200 children in Burkina Faso, South Africa, Uganda and Zambia.

The study was done before the UN’s health organ decided earlier this year that all people living with HIV should be given ARVs regardless of the level of CD4 immune cells in their body—a measure of HIV progression.

Previously, ARV treatment had been recommended from a level of about 350 cells per cubic millimetre—compared to about 500-1,200 in a healthy person.

The researchers tested two drugs given directly to the infants—lamivudine and lopinavir—and found they were equally effective.

Many people in poor communities do not have access to the life-giving drugs, and there is no preventive vaccine.

“This finding justifies the extension of infant pre-exposure prophylaxis until the end of HIV exposure” through breastfeeding, the study authors said.

And they highlighted “the need to inform mothers about the persistent risk of transmission throughout breastfeeding to prevent them stopping giving the treatment to their babies too soon.”

The team found that most of the HIV infections in the study groups were due to treatment being stopped.

To this end, more research was needed for a more palatable baby medicine, or potentially long-acting injectable drugs.

Thirty-nine million people have died of AIDS, according to UN estimates, and about 35 million are living with the immune system-destroying virus today, overwhelmingly in poor countries.

US program marks birth of one millionth HIV-free baby