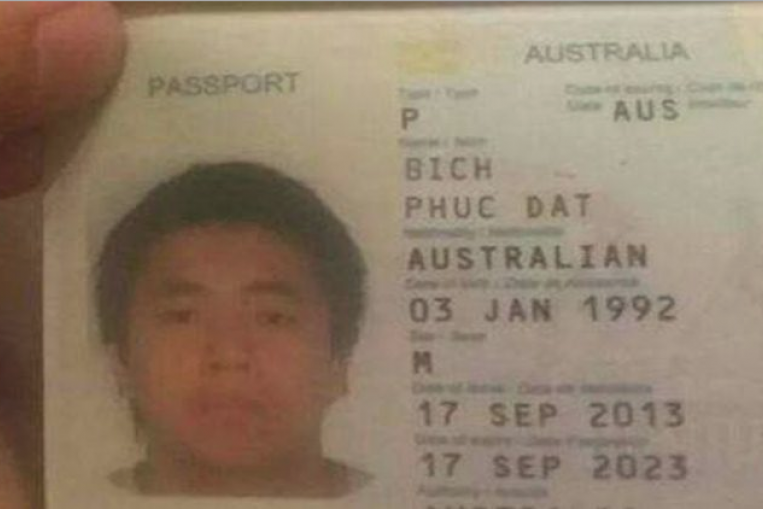 The 23-year-old revealed that his real name is Tin Le, and the passport was part of a prank. PHOTO FROM PHUC DAT BICH/FACEBOOK

The Australian man who claimed that having a name, Phuc Dat Bich, that sounds like a vulgar phrase had caused his Facebook account to be shut down multiple times has revealed that the whole thing is a hoax.

The 23-year-old said on Wednesday (Nov 25) in a Facebook post that the prank was meant to show up the social media platform’s rules on using real names in profiles, and to fool the media.

“I’ve never believed it’s necessary for it to be mandatory to have your entire name to be published on social media,” he said. “People should be free to use any name they desire.”

He added: “What started as a joke between friends, became a prank that made a fool out of the media and brought out the best in the people who reached out to me.”

His real name is Tin Le, he told The Guardian Australia, although he refused to verify it. “Well, you’ll just have to have faith and run with what you have,” he reportedly said.

In his post, he also praised the people who had supported him, saying: “I want to acknowledge the supportive individuals who have encouraged those with truly interesting and idiosyncratic names that populate in different cultures.”

Much of the reaction has been to hail Tin Le for the prank. “You win the Internet hands down,” wrote Thomas Gyles in a comment on the post.

Gary Carver said: “I applaud you for your masterful troll, good sir. You will forever and always have my utmost respect.”

Others praised his stance on Facebook privacy, with Kellie Uphoff-Ledbetter commenting: “… it shouldn’t matter what name you use on Facebook. It should just be whatever you want to.”

Tin Le’s initial Facebook post in January with a doctored photo showing a passport with the name “Phuc Dat Bich” had gone viral recently, attracting more than 165,000 likes and more than 13,800 comments, most of them positive.

In that post, he had written: “I find it highly irritating the fact that nobody seems to believe me when I say that my full legal name is how you see it. I’ve been accused of using a false and misleading name of which I find very offensive.”

In another post on Sunday (Nov 22), he said that he hoped he had “played a part in brightening your days” in light of the tragic events occurring all over the world.