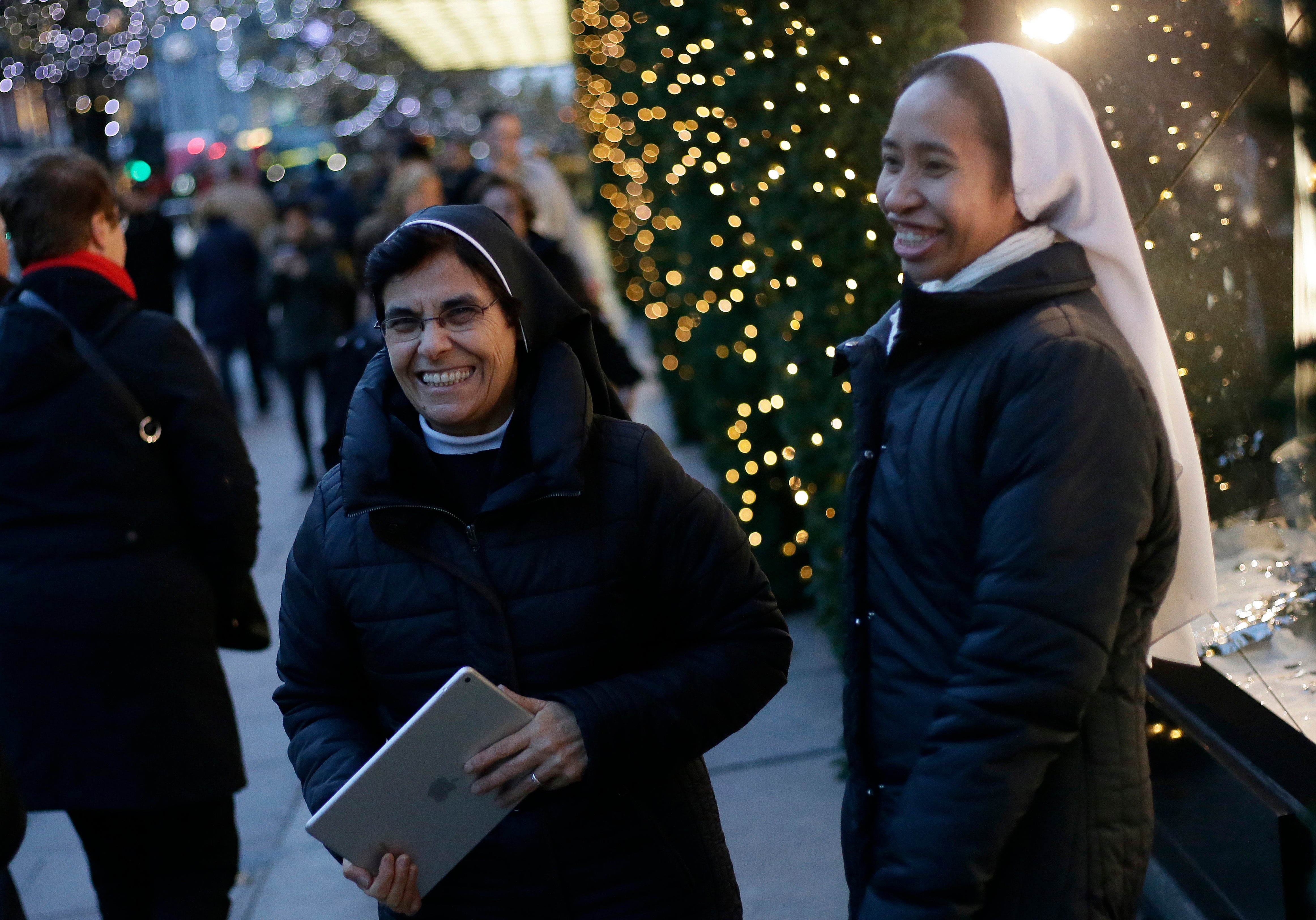 Women smile outside Selfridges department store on Oxford Street, in London, on Dec. 9, 2015. There’s good news for grumpy women: Being happy apparently has no effect on how long you might live. Thats the conclusion of the latest attempt to find out if happy people live longer. Previous studies have linked happiness to longevity but researchers now say theres no such scientific connection. AP

LONDON, United Kingdom — There’s good news for grumpy women: Being happy apparently has no effect on how long you might live.

That’s the conclusion of the latest attempt to find out if happy people live longer. Previous studies have linked happiness to longevity but researchers now say there’s no such scientific connection. So while being sick makes you unhappy, just being grouchy isn’t enough to make you ill or shorten your life.

The results are based on questionnaires from more than 715,000 British women aged 50 to 69 who were enrolled in a national breast cancer screening program in the late 1990s.

The women were asked things like how often they felt happy and how healthy they were. Nearly 40 percent of the women said they were happy most of the time while 17 percent said they were unhappy. After a decade of tracking the women, 4 percent had died.

Scientists found the death rate among unhappy women was the same as those who were happy. The research was published online Wednesday in the medical journal Lancet.

“It’s such a common belief that stress and unhappiness causes death and disease but it’s actually the other way around,” said Richard Peto, a professor at the University of Oxford who was one of the study’s authors. “People should focus on the real issues that shorten their lives, like smoking and obesity.”

In an accompanying commentary, French scientists suggested that the results might not be the same in men, since “men and women probably define happiness differently.” The researchers said the latest paper was the biggest-ever to evaluate happiness and noted it accounted for potential confounding factors. Some previous studies among older adults have found that women were grumpier than men.

Peto said the pursuit of happiness is still worthwhile, even if it doesn’t extend your life.

“Happiness is very nice,” said Peto, who was relieved to have finished the study after two decades. “I had some of it myself when I was young.”

But not everyone was convinced by the study’s conclusions.

Hazel Newton, 69, said she believed having a positive attitude was instrumental to her recovery from a stroke several years ago.

“I’ve always been a glass half-full kind of person and I think that helps keep you healthy,” Newton said while enjoying a day of shopping in London with her sister.

The Sheffield native said it’s important to consciously decide to be happy.

“You always have to enjoy every day,” she said. “You never know what’s coming.”