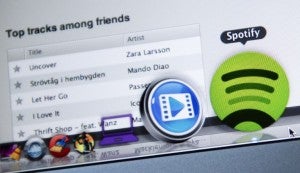 LOS ANGELES – An artist has filed a US$150 million lawsuit against Spotify, alleging that the leader of the streaming sector has knowingly reproduced copyrighted songs.

David Lowery, best known for leading alternative rock bands Cracker and Camper Van Beethoven, asked a US judge to allow a class action suit on behalf of “hundreds of thousands” of potential plaintiffs he believes were affected.

The lawsuit, filed Monday in a federal court in Los Angeles, accuses the streaming giant of disregard on so-called mechanical rights – which, unlike performance rights that cover the playing of a recording, pertain to permission to reproduce copyrighted material.

Lowery, who holds a degree in mathematics and is a lecturer at the University of Georgia, accused Spotify of copying and distributing compositions for its online service without permission or informing the copyright holders.

Lowery himself listed four tracks from Camper Van Beethoven or Cracker that he said were taken without his permission for Spotify’s more than 75 million users.

The lawsuit also alleged unfair business practices by the Swedish-founded company, saying that its payment structure was arbitrary and “depresses the value of royalties” overall.

“Unless the court enjoins and restrains Spotify’s conduct, plaintiff and the class members will continue to endure great and irreparable harm that cannot be fully compensated or measured in monetary value alone,” the lawsuit said.

While not specific about the request for compensation, the lawsuit charged that Spotify has been “unjustly enriched” by at least US$150 million.

Spotify did not immediately respond to a request for comment on the lawsuit.

But the company has frequently defended itself against charges from artists – notably Taylor Swift – that it pays back too little.

Spotify’s founder Daniel Ek said in June that the site has paid out more than US$3 billion in royalties as the company argued that streaming was a rare point of growth in a long stagnant music industry.

The company has long argued that, despite the criticism, it plays by the rules on licensing as it has worked out deals with record companies and songwriters’ rights groups.

But the lawsuit took aim at what it said was a fund by Spotify of millions of dollars to settle royalty claims.

“The existence of this fund reflects Spotify’s practice and pattern of copyright infringement, wherein Spotify reproduces and/or distributes the works without first obtaining appropriate authorization or licence,” it said.