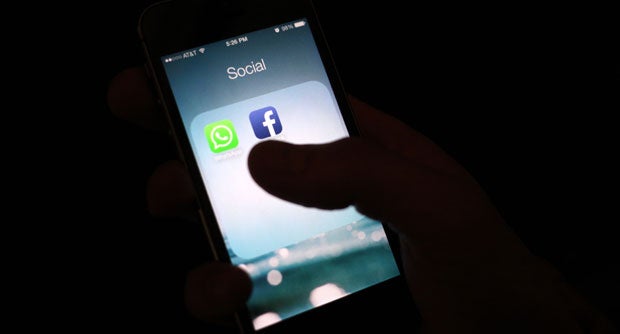 This Wednesday, Feb. 19, 2014 photo, shows the WhatsApp and Facebook app icons on an iPhone in New York. AP FILE

SAN FRANCISCO, United States — Facebook-owned smartphone messaging service WhatsApp temporarily crashed in an array of countries from the US to India, potentially affecting hundreds of millions of users.

Reports of people having trouble with WhatsApp in countries including Japan, India, Malaysia, Colombia and the United States hit the Internet about 0200 GMT Tuesday.

The outage appeared to be resolved in most locations in an hour or so, according to Downdetector.com, which calls itself “the weatherman for the digital world.”

Comments posted by users indicated they were having intermittent difficulties with WhatsApp during the problem period.

The disruption came on the heels of media reports that Facebook is working behind the scenes to integrate WhatsApp more snugly into the world’s leading social network by providing the ability to share information between the services.

California-based Facebook bought WhatsApp for $19 billion in late 2014 and the messaging service has grown to nearly a billion users.