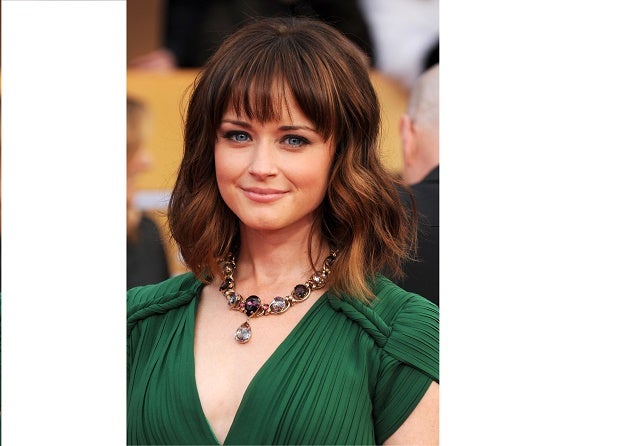 In this Jan. 27, 2013 file photo, Alexis Bledel arrives at the 19th Annual Screen Actors Guild Awards in Los Angeles. Netflix says “Gilmore Girls” will be revived with the show’s original stars, Lauren Graham, who plays Lorelai Gilmore and Bledel, who plays her daughter Rory. The comedy-drama set in the fictional town of Stars Hollow, Connecticut, ran for seven seasons from 2000 to 2007 on the WB and CW. Invision/AP File Photo

LOS ANGELES, United States—Netflix announced Friday it is reviving the hit TV series “Gilmore Girls,” which won legions of fans more than a decade ago depicting the exploits of a thirty-something mother and her teenage daughter.

The show’s stars—Lauren Graham as Lorelai Gilmore and Alexis Bledel, who played her daughter Rory—will also be back.

Graham confirmed the show’s revival—and her return as its star—on Twitter late Friday.

“I CAN NOW CONFIRM: it’s time for me, and this jacket I stole in 2007, to return to work,” she wrote under the handle @thelaurengraham, adding the @netflix and hashtag #GilmoreGirls.

The Twitter post also showed a copy of Graham holding a lavender jacket with lettering that read “Property of Gilmore Girls Costume” department.

The popular show, which aired 150 episodes from 2000 to 2007, will see actors Scott Patterson, Kelly Bishop, Sean Gunn and Keiko Agena return as well.

Creator Amy Sherman-Palladino will oversee the new program, although Netflix gave no details about the name of the new program, its filming schedule or when fans can expect it to go online.

The latest episodes will be in miniseries format, with four 90-minute shows, Variety magazine said, citing sources, whereas the original episodes were in standard TV-series format.