US performs its first uterus transplant 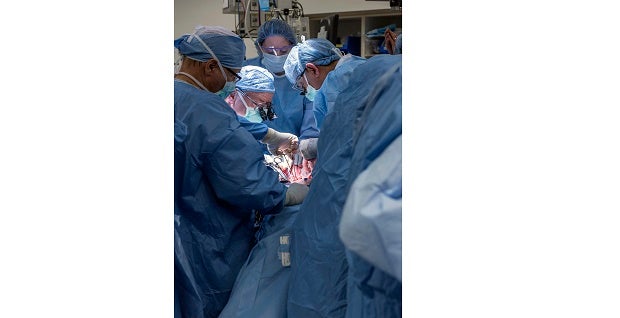 The nine-hour surgery took place on February 24, and the 26-year-old patient—whose identity was not revealed—was in stable condition, the hospital said in a statement.

The transplanted uterus came from a deceased donor.

More details about the surgery are expected during a press conference with the medical team to be scheduled next week in Cleveland, Ohio.

Late last year, Cleveland Clinic began enlisting candidates for uterine transplants as part of a clinical trial that aimed to offer the procedure to 10 women.

Women potentially eligible to receive a uterine transplant include those who suffer from an irreversible condition known as Uterine Factor Infertility (UFI), which affects between three and five percent of women worldwide, the hospital said.

Sweden’s University of Gothenburg achieved its first birth via a transplanted uterus in September 2014.

Woman who gave birth after womb transplant hopes to inspire others