Studies: Beyond scales, fitness and body fat key for health 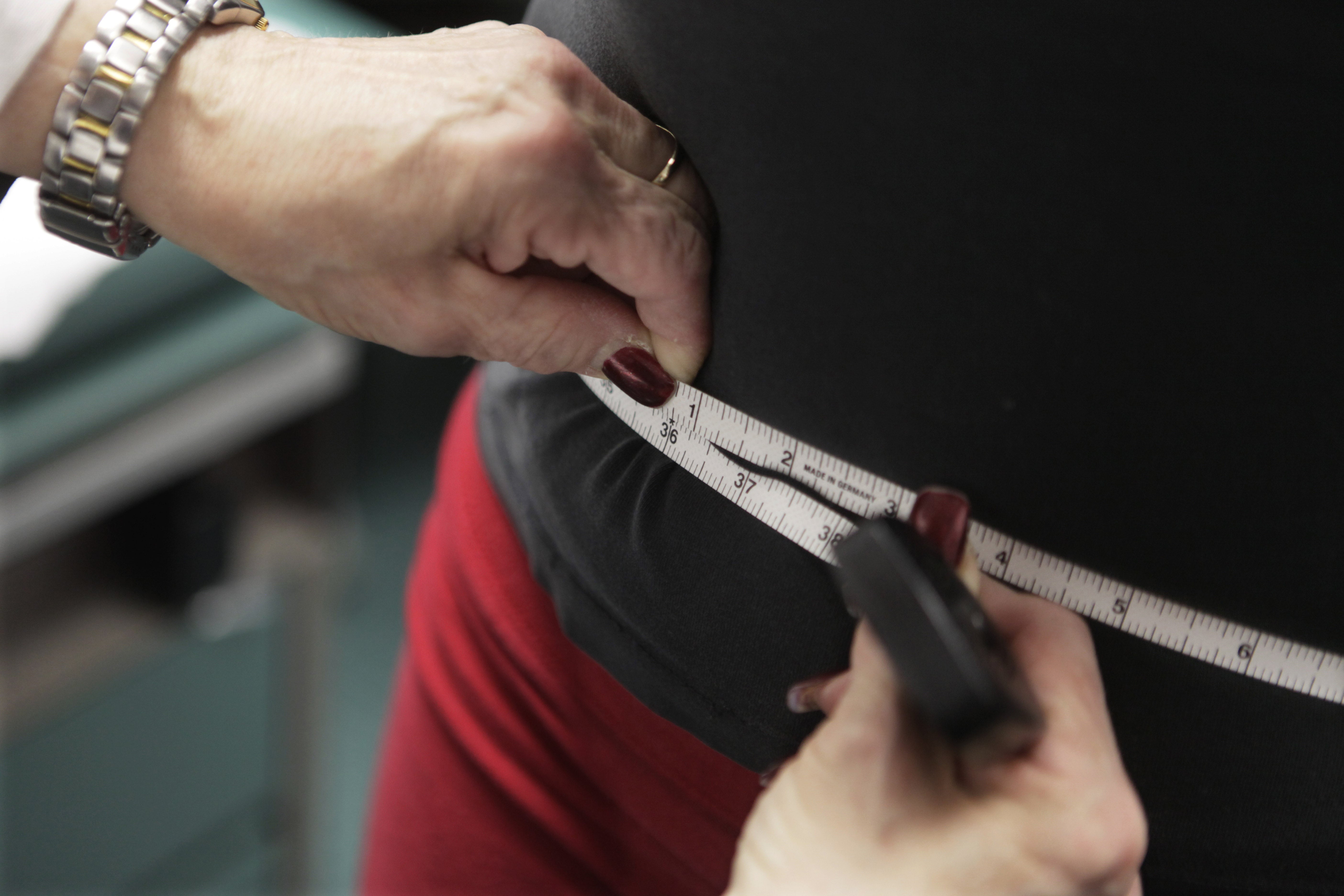 In this Jan. 20, 2010, file photo, a waist is measured during an obesity prevention study at Rush University Medical Center in Chicago. The bathroom scale may show a good number but how much of that weight is fat, not muscle? New studies are adding to the evidence that the scale doesn’t always tell the whole story when it comes to weight-related health risks. AP

WASHINGTON, United States — The bathroom scale may show a good number but how much of that weight is fat, not muscle? New studies are adding to the evidence that the scale doesn’t always tell the whole story when it comes to weight-related health risks.

Keeping body fat low is more important for healthy aging than a low overall weight, researchers reported Monday in the journal Annals of Internal Medicine. A separate study found young people who aren’t physically fit are at greater risk of developing Type 2 diabetes later in life even if their weight is healthy.

Here are some things to know:

Yes. Body mass index, or BMI, is a measure of a person’s weight compared to their height. For many people, that’s plenty of evidence to tell if they’re overweight or obese and thus at increased risk of heart disease, diabetes and premature death. Generally, a BMI of 25 and above indicates overweight, while 30 and above indicates obesity. Someone who is 5 feet, 9 inches (1.52 meters) would hit that obesity threshold at 203 pounds. (92 kilograms)

BUT IT’S NOT A PERFECT MEASURE

Some people have a high BMI because they’re more muscular. More common are people who harbor too little muscle and too much body fat even if their BMI is in the normal range.

Body composition shifts as we age, with the proportion of muscle decreasing and the proportion of body fat increasing. That slows metabolism, making it easier to put on pounds in middle age even if people haven’t changed how they eat or how much they exercise.

Dr. William Leslie of the University of Manitoba wondered if poorly measured body fat might help explain the controversial “obesity paradox,” where some studies have suggested that being moderately overweight later in life might be good for survival. He tracked 50,000 middle-aged and older Canadians, mostly women, who’d undergone screening for bone-thinning osteoporosis. Those screening X-rays — known as DXA for dual-energy X-ray absorptiometry — measure bone and also allow an estimation of fat.

“It’s not just the amount of body you’ve got, but what you’re actually made of,” Leslie concludes.

A high BMI is one of the biggest risk factors for Type 2 diabetes. But a second study reported in Annals Monday suggests people can still be at risk if they’re skinny but not physically fit.

Researchers in Sweden and New York checked records of about 1.5 million Swedish men who at age 18 received medical exams for mandatory military service, and tracked how many developed diabetes many years later.

Low muscle strength and low aerobic fitness each were associated with an increased diabetes risk — regardless of whether the men were normal weight or overweight. Scoring low on both added to the risk.

WHAT DO THE FINDINGS MEAN?

For diabetes, “normal-weight persons may not receive appropriate lifestyle counseling if they are sedentary or unfit because of their lower perceived risk,” wrote obesity specialist Peter Katzmarzyk of Louisiana’s Pennington Biomedical Research Center, who wasn’t involved in the study.

That study also suggests fitness in adolescence can have long-lasting impact.

And Leslie said doctors should consider patients’ body composition, not just weight, in assessing their health.

Most people won’t benefit from a DXA scan for fat, stressed Dympna Gallagher, who directs the human body composition laboratory at Columbia University Medical Center and thinks those tests are more for research than real life.

Other methods for determining body raft range from measuring skinfold thickness to “bioimpedance” scales that use a tiny electrical current, but all have varying degrees of error, Gallagher said. Plus, normal body fat varies with age and there’s no agreement on the best cutoffs for health, she said.

Her recommendation: Check your waistline, even if your BMI is normal. Abdominal fat, an apple-shaped figure, is riskier than fat that settles on the hips. The government says men are at increased risk of health problems if their waist circumference is larger than 40 inches (100 centimeters), and 35 inches (90 centimeters) for women.