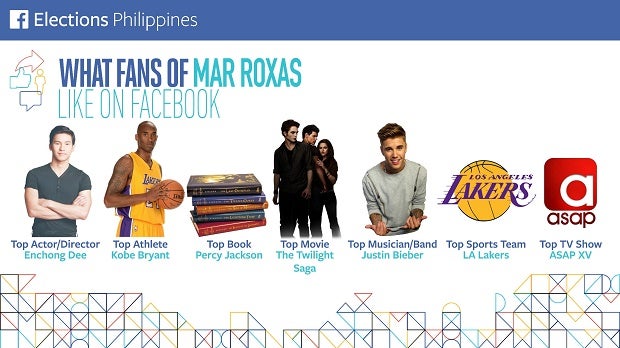 Recent data from Facebook showed pop culture references liked by Filipino Facebook users who have also liked the pages of presidential and vice presidential candidates in the upcoming May national elections.

Here are the graphics showing what the fans of the candidates liked on Facebook: 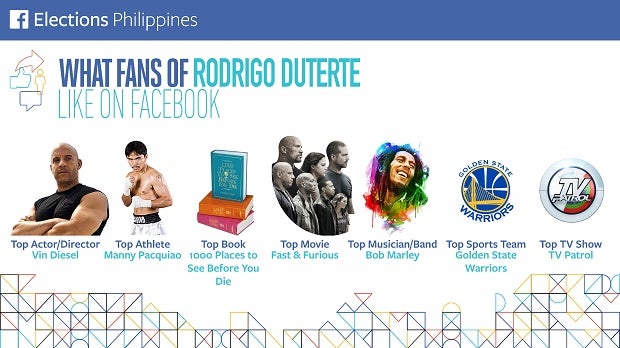 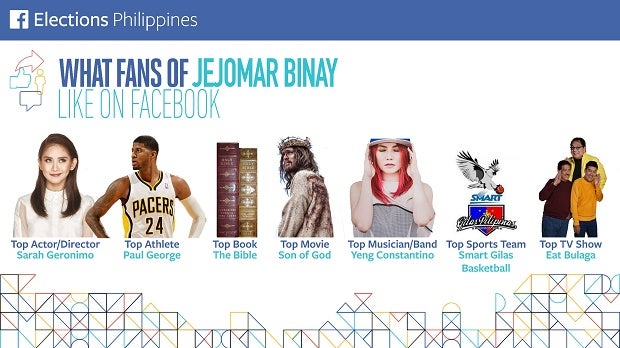 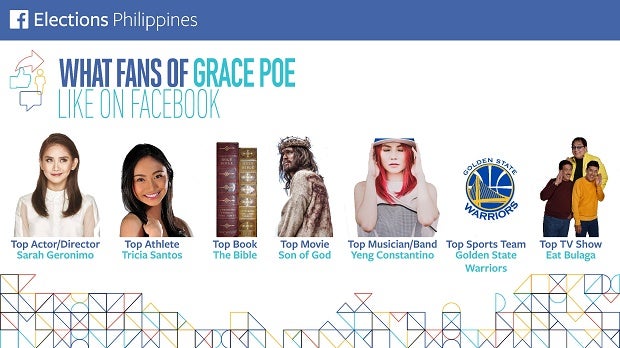 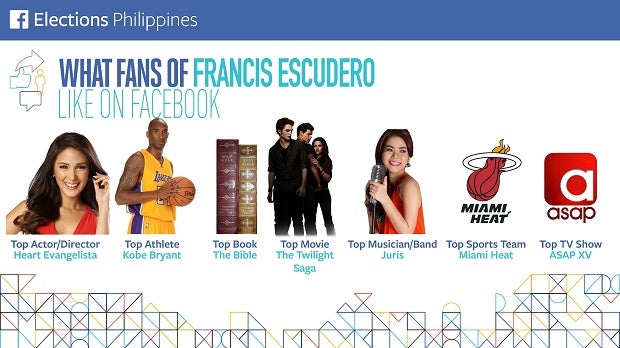 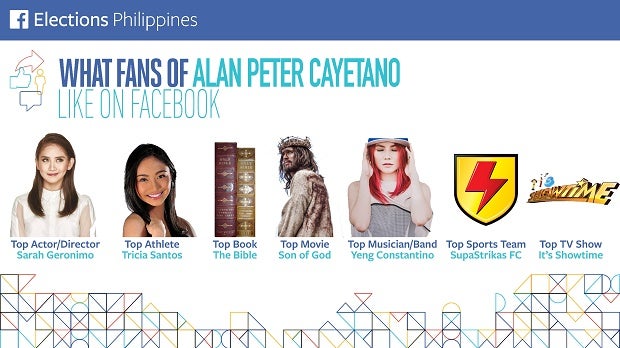 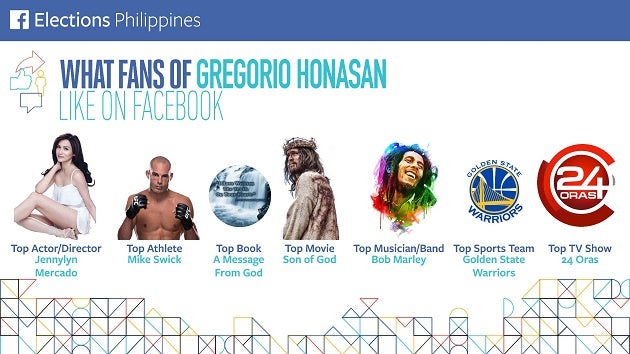 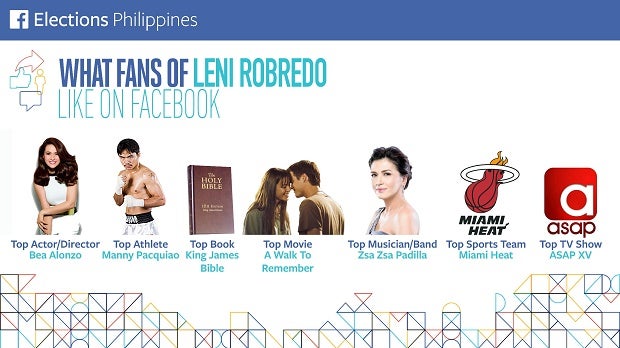 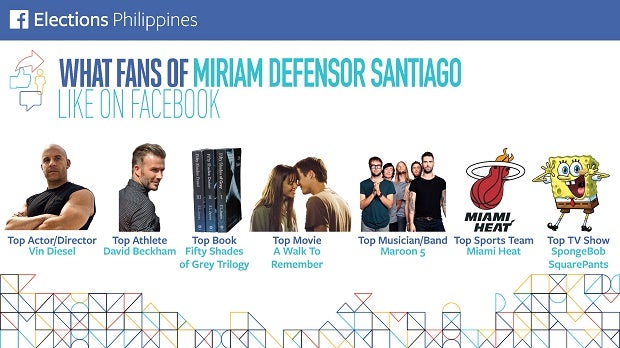 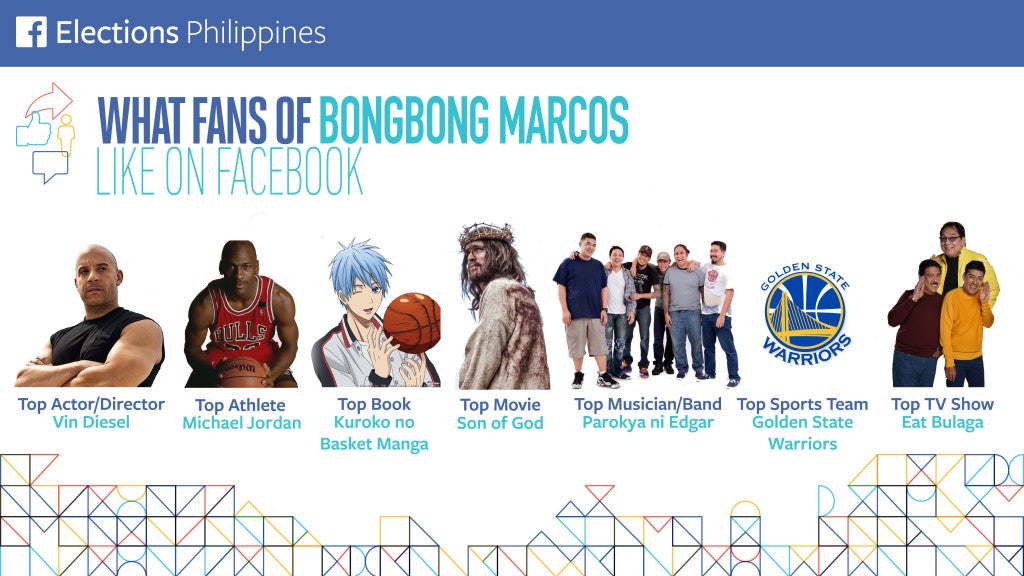