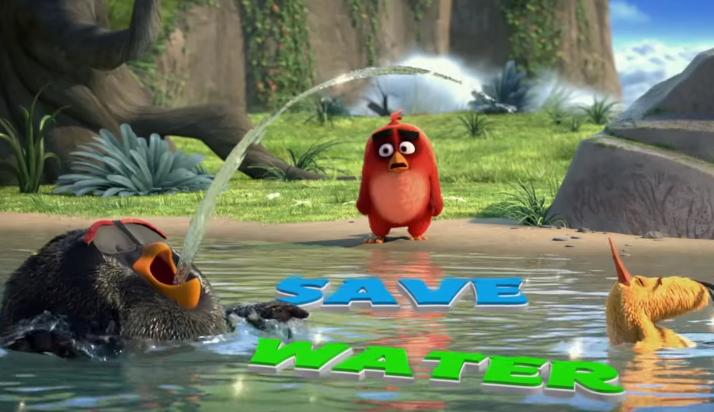 The sight of anything green is enough to enrage him, but in an ironic twist, Red, the leader of the Angry Birds computer game characters, has been named Honorary Ambassador for Green by the United Nations, the top bird given the mission of “inspir(ing) climate action toward a sustainable and happier future for all.”

“We are proud to give Red a reason to go Green,” UN Secretary General Ban Ki-moon said in a statement.

“There is no better way to mark the International Day of Happiness than to have our animated ambassador raise awareness about the importance of addressing climate change to create a safer, more sustainable and happier future for all,” Ban added.

The character’s creators describe Red as highly strung and easily provoked—even by the sound of the wind which it sees as a declaration of war. In the Angry Birds universe, the feathered protagonists are pitched against a group of pigs.

“The whole flock tries to keep Red calm and relaxed by telling him to follow a strict program of herbal tea, soothing bath salts and deep-breathing exercises,” says the website Angrybirds.com. “But this only takes the edge off his anger … Even the sight of something green can enrage him.”

But with Red being named Ambassador of Green, the warring flock is now part of making the world a better place, with the public being asked to “make the Angry Birds happy” by professing their commitment to address climate change, through photos posted on social media platforms using the hashtag #AngryBirdsHappyPlanet.

“By recycling, taking public transportation and conserving water, for example, individuals can share tips on how they can live sustainably and happily in their everyday lives,” Ban said.

Also behind this year’s campaign are Sony Pictures Entertainment (whose facilities produced and distributed the Angry Birds movie), as well as the UN Development Program and UN Foundation.

In July 2011, the UN General Assembly passed a resolution declaring that “the pursuit of happiness is a fundamental human goal.”

Two years later, on March 20, 2013, the first International Day of Happiness was celebrated in the wake of the 2012 UN Conference on Happiness. The conference was convened by the government of Bhutan which, in the 1970s, introduced the concept of gross national happiness, or measuring a nation’s prosperity by emphasizing people’s well-being over economic productivity.

In a separate statement, the UN chief said this year’s Happiness Day was an opportunity to assert the primacy of peace, well-being and joy, amid the pervasive suffering caused by grave injustice, devastating wars, mass displacement, grinding poverty and other man-made crises.

“The best way to celebrate this International Day of Happiness is by taking action to alleviate suffering,” Ban said.

“More than individual contentment, it’s an affirmation that we have a collective responsibility to humanity,” he added.

The UN chief said governments can help spread happiness and secure peace by working to fulfill the interlinked Sustainable Development Goals (SDGs) that the UN General Assembly had adopted in September 2015.

#InquirerSeven Facts that prove climate change is real, according to Al Gore