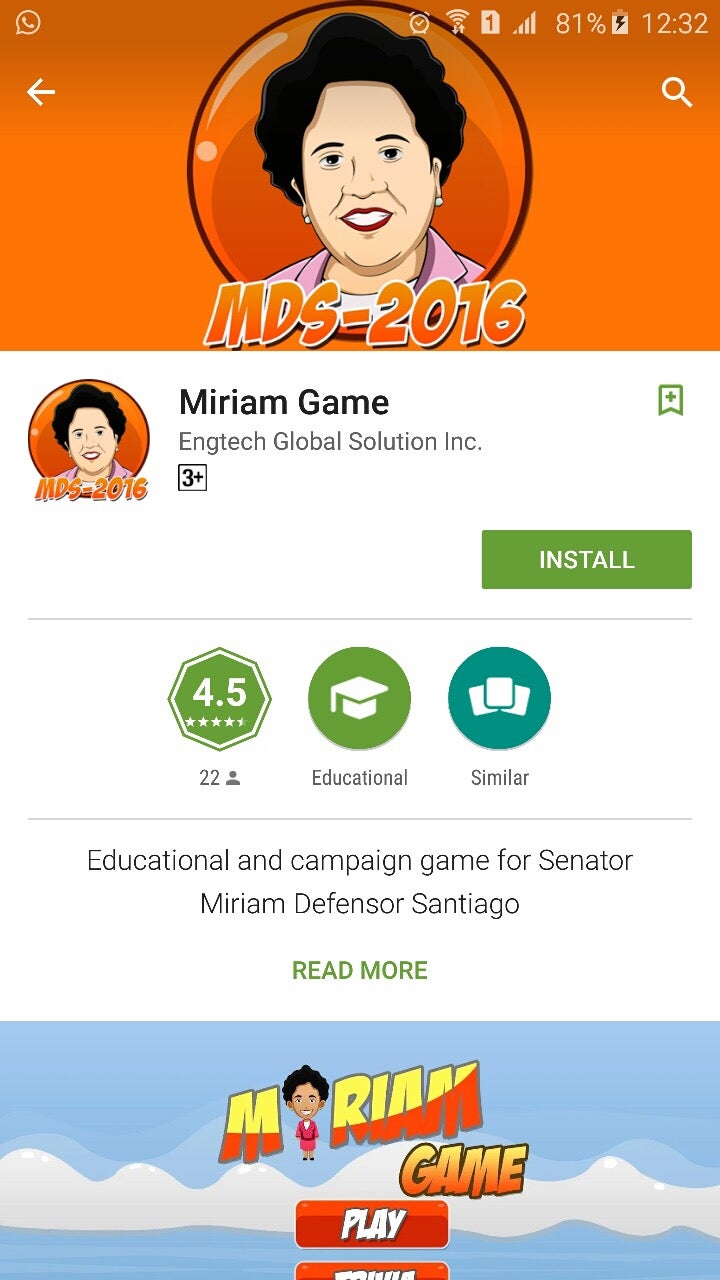 A game application on Google Play in which players can help presidential candidate Sen. Miriam Defensor-Santiago fight thieves and corrupt individuals has been created.

“Educational and campaign game for Miriam,” the description of the “Miriam Game” app said.

The 23-megabyte software is similar to Whac-a-Mole arcade game. However, on the app, there are nine holes and heads of corrupt, thieves and civilian will pop up. They should be hit on head with a mallet supposedly by Santiago to gain scores.

To get past level one, a player must score 20 points without hitting a civilian within 30 seconds.

Several trivia on the senator are also available on the app.

The game developed by Engtech Global Solutions, Inc. is rated 4.5 out of 5 stars by users. Some said it was “cool” and “nice,” however, others complained that it was “too fast.”

“The game can be improved. The pop up of the criminals is way too fast,” said one review.

Santiago, who was diagnosed with a stage 4 lung cancer in 2014, is currently on a break from the campaign trail to join a free clinical trial of an unnamed anti-cancer medication that would otherwise cost her half a million pesos for every three weeks of treatment. She said she would resume campaigning soon if the ongoing treatments do not inhibit her.

The senator is campaigning on anti-corruption platform, saying that it is the root of all problems in the country. During her campaign launch in Ilocos Norte last Feb. 9, she vowed to put all corrupt officials in jail if she gets elected president. RAM

Miriam: Corrupt will be given choice of jail–ordinary, business or first-class