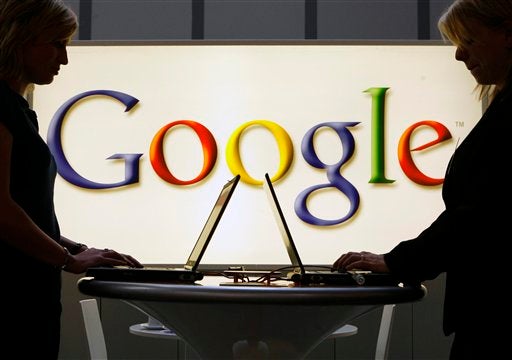 LONDON—The joke was on Google on Friday when it pulled an April Fools’ Day prank featuring characters from the “Despicable Me” movies that landed users of its Gmail service in trouble.

To mark the annual day of practical jokes, the US technology giant added an extra send button to its e-mail service that included a GIF of a minion, one of the yellow creatures from the popular animated comedy films.

But many unsuspecting users hit the button and sent important business e-mails and reportedly even funeral arrangements with the light-hearted cartoon.

“This is horrible—just sent an e-mail to a client with this stupid icon on it,” wrote user David Kitner on the Gmail help forum. “I can’t afford these stupid pranks!”

Another user, Faye Davies, said: “I send a legal document which affects my—and my family’s—life and you stick that button in the place of a send button … Grow up.”

“Well, it looks like we pranked ourselves this year,” it said. “The MicDrop feature inadvertently caused more headaches than laughs. We’re truly sorry. The feature has been turned off.”

Readers of newspapers around the world were left puzzling over whether a series of improbable stories were true or not.

Britain’s papers, traditional bastions of the April Fools’ custom, concentrated on the June 23 referendum on membership of the European Union (EU) to trick readers.

The Guardian claimed to have exclusive information that Greek-born Prince Philip, Queen Elizabeth II’s husband, would defy Britain’s strict constitutional rules and come out in favor of the EU, given his “impeccable European credentials.”

According to the paper’s “well-connected source,” the royal family had turned against London mayor and high-profile anti-EU campaigner Boris Johnson as he had “made it difficult to get around London in a decent-sized Daimler.”

However, there were apparently concerns that Philip could not be trusted with a live broadcast given his “propensity for swearing,” the paper’s prank story said.

The spoof came after a recent Sun newspaper story claiming that the queen was in favor of Britain leaving the EU, which prompted Buckingham Palace to complain to Britain’s press watchdog.

The Opera metro station became Apero—the shortened French word for aperitif—while Crimee was renamed Crimee Chatiment, which when spoken sounds like the French for Fyodor Dostoyevsky’s “Crime and Punishment.”

The Japan Times, an English-language newspaper, duped readers with a headline promising “revolutionary robots to take care of Japan’s kids,” playing on stereotypes of Japan’s obsession with technology and childcare.

English-language website The Beijinger claimed that Zuckerberg had accepted a “green card” from China’s Communist government and was moving to the capital after a high-profile visit to Beijing last month.

Not all in China saw the funny side, with official news agency Xinhua posting on microblog Weibo that the occasion “does not conform with our nation’s cultural traditions, nor does it conform with the core values of socialism.”

Britain’s Thames Valley Police launched a recruitment video for its new feline division, set up to harness cats’ curiosity and gift of nine lives to fight crime, although they were to be kept apart from the dog division.

Back on the Brexit theme, Britain’s Daily Telegraph warned that France and Germany were to gang up and boot England out of this summer’s Euro 2016 football tournament if they voted to leave the EU, punishing them for a lack of solidarity.

The police department in Amherst, New York, unveiled a new crime-fighting scheme, showing an officer with a rabbit on its Facebook page.

“Drug interdiction has become more difficult with criminals discovering ever new and smaller areas to conceal drugs,” the department said. “‘Dusty’ and his handler will be able to search vehicles and other small areas with greater accuracy.”

National Geographic, following Playboy’s decision this year to stop publishing photos of nude women, said it would no longer degrade animals by showing them naked. The magazine’s statement on the Internet was accompanied by a black-and-white photo of two kittens in jumpsuits firing a cannon.

There was some naked publicity around in the form of bogus ads.

ThirdLove, a lingerie maker, partnered with DogVacay, a pet-sitting service, to unveil a line of dog brassieres. Restaurant chain Cheesecake Factory unveiled a “nacho cheesecake” dessert on Twitter but quickly assured diners it would not be available to cause heartburn in the real world.

New Hampshire’s Dartmouth College, which last year began using a robotic tackling dummy it called “MVP” to reduce the number of hits its players absorb during practice, said the robots would be used in games from next season.

“They’ll compete in the games for us … Our players will execute their responsibilities by remote control,” head football coach Buddy Teevens said in a video. The film showed a robot, with no arms or legs, failing at football drills such as running stairs and catching passes.

Republican presidential candidate and US Sen. Ted Cruz attempted to inject some levity into the campaign slugfest, tweeting that rival Donald Trump had accepted his invitation for a one-on-one debate, before noting it was intended as a joke.

Likewise, US Sen. Rand Paul of Kentucky, who dropped out of the Republican nomination race, vowed to make a campaign endorsement. But he said on Twitter only he was backing “entropy,” or disorganization.