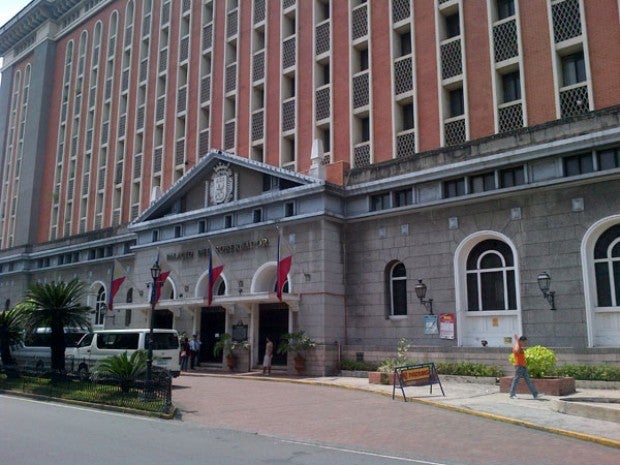 Around 6,000 voting centers in the country are not covered by transmission signals of the major telecommunication  companies that will be needed for the electronic relay of the results on Election Day.

“We will be using BGANs to transmit election results in areas that have no (commercial) signal … either weak or zero signal,” Lim said in an interview on the sidelines of a meeting with political parties and civil society groups at the Comelec’s Sta. Rosa, Laguna, warehouse on Friday.

The meeting was called to inspect the BGANs and continue tests.

He added, however, that there were not enough BGANs to go around.

“We only have around 5,500 BGANs. There may be polling centers near each other so they may be sharing one BGAN. I have not yet seen the breakdown of areas but you should expect the far-flung areas to be among those that will be provided with the BGANs,” Lim said.

During the meeting, the Comelec allowed the political parties and civil society groups to witness the Pre-Election Logic Accuracy Test (PRELAT), among other activities conducted at the facility.

Representatives from the Liberal Party, United Nationalist Alliance, Lakas, Nacionalista Party and Nationalist Peoples’ Coalition joined those from the Parish Pastoral Council for Responsible Voting (PPCRV) and the National Citizens Movement for Free Election (Namfrel) to witness the behind-the-scenes preparations for the May 9 polls.

The PRELAT is a test of all components of the vote-counting machines (VCMs), which include both the hardware (modems, security keys, ballots, and printers) and related software.

The observers witnessed a simulation of the transmission of election results from the VCMs to the canvassing and consolidation servers (CCS), as well as a demonstration of the BGAN satellite antennas.

The observers were also shown the boxing of the VCMs and election paraphernalia, as well as the  loading of the sealed boxes onto delivery trucks for distribution to regional hubs.

Meanwhile, Lim said the Comelec was now 60-percent ready with its preparation and testing of VCMs that would be used in the polls.

According to him, more than half, or 51,000, of the 92,000 VCMs had been tested and some were already being shipped to Comelec regional  offices.

“We’re at 60-percent production. Yes [we’ve started deploying]. If you ask me, I would have wanted 100 percent, of course. But then there are some things … like two days ago, there was a flash flood here in the area. It was raining hard so we had to stop everything because the water was rising. Good thing the rain stopped around 3 p.m,” said Lim, the Comelec’s steering committee head.

Lim said he expected all the vote-counting machines to be ready before the end of the month.

“The forecast is April 29,”  he said, adding that he also expected all the ballots to be ready for distribution soon. TVJ