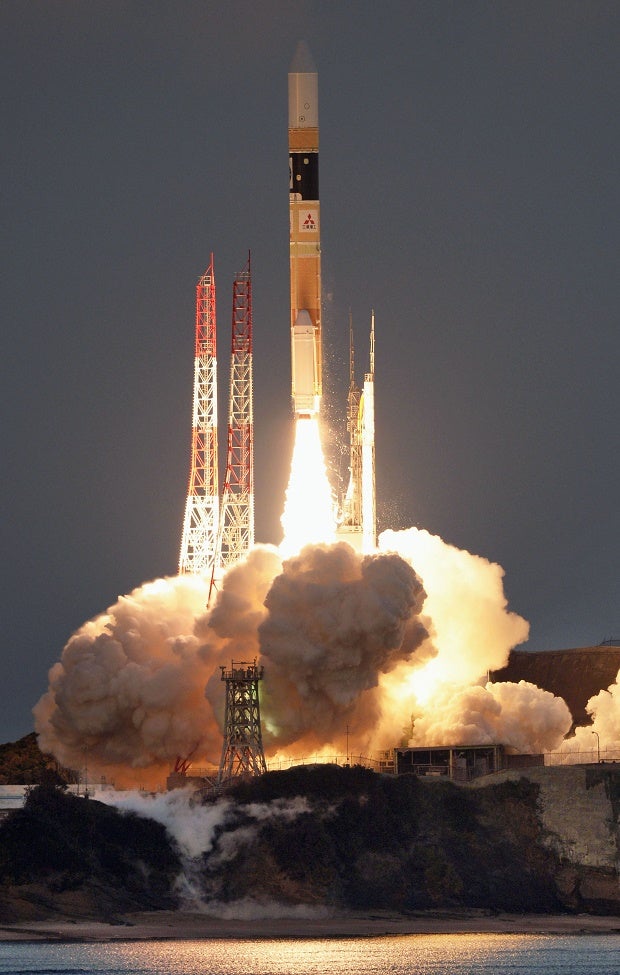 In this Feb. 17, 2016 file photo, an H-2A rocket carrying an X-ray astronomy satellite called “Hitomi”, is launched from the Tanegashima Space Center in Kagoshima Prefecture, southern Japan. Japan’s space agency has abandoned its efforts to restore the operations of a multimillion-dollar satellite that was to probe the mysteries of black holes using X-ray telescopes. KYODO NEWS VIA AP, FILE

TOKYO — Japan’s space agency has abandoned its efforts to restore the operations of a multimillion-dollar satellite that was to probe the mysteries of black holes using X-ray telescopes.

The Japan Aerospace Exploration Agency (JAXA) announced Thursday that it would stop trying to fix the satellite after determining that its two solar arrays had broken off at their bases.

Contact was lost with the satellite, named Hitomi, on March 26, more than a month after its launch from southern Japan on Feb. 17.

The space agency initially thought it had received signals from the lost satellite on three occasions, but later concluded that the frequencies of the communications indicated they were not from the satellite.

The US National Aeronautics and Space Administration (NASA) was a principal partner in the Japan-led project, which involved eight nations, including Canada and the Netherlands.

Japan’s Kyodo News agency reported that Japan spent about 31 billion yen ($290 million) on the project, and NASA had invested another 7.6 billion yen.