As the much anticipated national elections nears its close, presidential front-runner Davao City Mayor Rodrigo Duterte emerged as the most talked-about candidate on the social networking site Twitter, statistics showed.

According to data provided by Twitter to INQUIRER.net, Duterte topped discussions on the site hourly from 7 a.m. to 3 p.m., with no less than 40 percent share of authors, and a peak of 47 percent in share of voice. 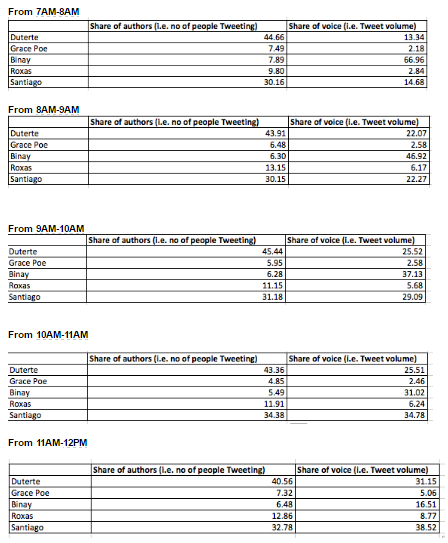 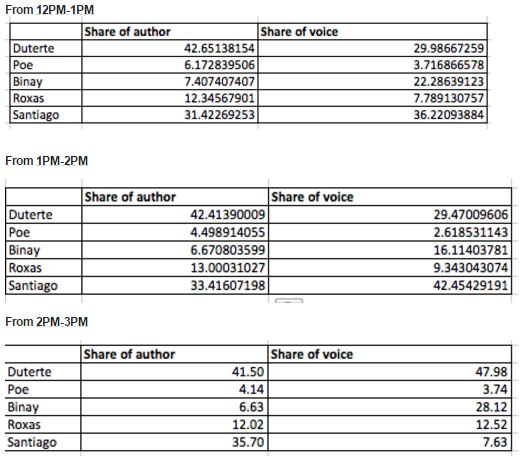 Santiago came in second in terms of number of users tweeting about her, with no less than 30 percent share of authors throughout the day.

Among the five presidential candidates, Duterte was the last to cast his vote in his turf in Davao City.

Duterte, known for his controversial remarks and profanity-laced speeches, was able to secure a double-digit lead over his rivals in preference surveys during the days leading to the elections. CDG/rga