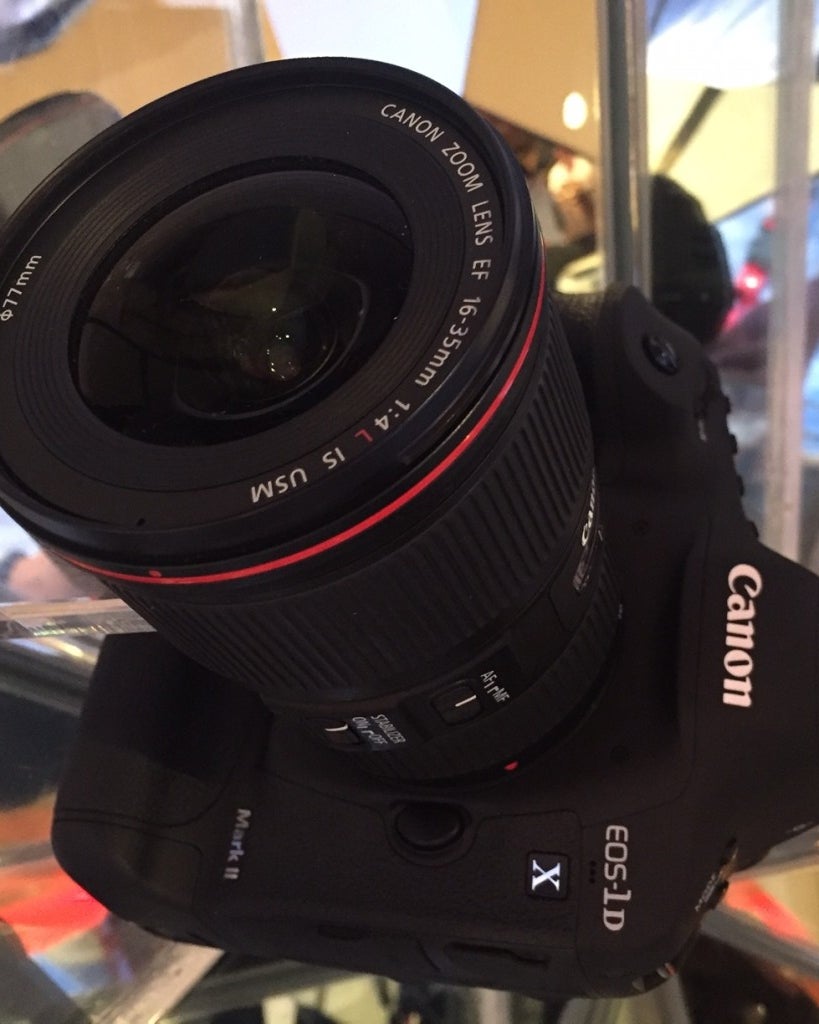 “There are no second chances in sports photography,” said Simon Bruty, a world-renowned action photographer who shoots for Sports Illustrated.

Bruty was in the country to help launch Canon’s latest professional digital single lens reflex (DSLR) camera, the EOS 1D-X Mark II, and give a talk to professional photographers during the “Victor’s Mark” event and students at De La Salle University Manila.

The Englishman who is now based in the United States confessed to have not used any other camera but Canon since he started in the 1980s. He said he just found it easy to use and it fit his requirements as an action photographer. With this loyalty to the brand, Canon invited him to become part of the program Canon Explorers of Light in 2009.

The Explorers of Light concept came out of Canon USA in the mid-1990s as an initiative for photographic education and inspiration. The Explorers, like Bruty, share their photographic passions and technical expertise with audiences.

Unlike his contemporaries, Bruty shifted from film shooting to digital a little later than the others.

“That’s in 2002 Winter Olympics in Salt Lake,” he recalled. “I was photographing the long program of the women’s ice skating and I had a really nice position. But everybody around me—AP (Associated Press), Reuters—they were all shooting digital and the program I think is about five or six minutes. What I noticed, I was the only one stopping and changing films and rewinding, everybody else, they just kept on shooting and I realized I could miss a great photograph by using film.”

While digital cameras offer many conveniences, they also have limitations.

Bruty was so frustrated when he didn’t capture Michael Phelps’ winning moment at the 2008 Olympics in Beijing, China.

“I hit the buffer,” he said. “Then nothing. I was looking at Phelps and I was telling myself that was a good photograph and I missed it.”

EOS 1D-X Mark II is Canon’s flagship professional DLSR and the long-awaited successor to the EOS 1D-X. It is capable of shooting at 14 frames per second (fps) full resolution RAW or JPEG and up to 16 fps in live view mode with the new Dual Digic 6+ image processors.

Bruty is one of the first to test EOS 1D-X Mark II and said he loved the buffer.

“It’s absolutely clean, but the other important thing about the camera is reliability,” he said. “I also like to keep everything simple. I love sports and I love photography. It’s a good marriage.”

Long lenses, short lenses and remote control are just few of the accessories that can help a photographer get a great shot.

“The reality is a little different,” he said. “You show up at the stadium or the arena and you realize you don’t know where the best action is going to be. You have to predict or visualize where it is going to happen. Always be ready for the action.”

He said there’s an element of luck involved aside from all the preparations. “What I’ve come to understand over time is that if you are prepared enough, and when luck is on your side, you can take advantage of it,” he said. 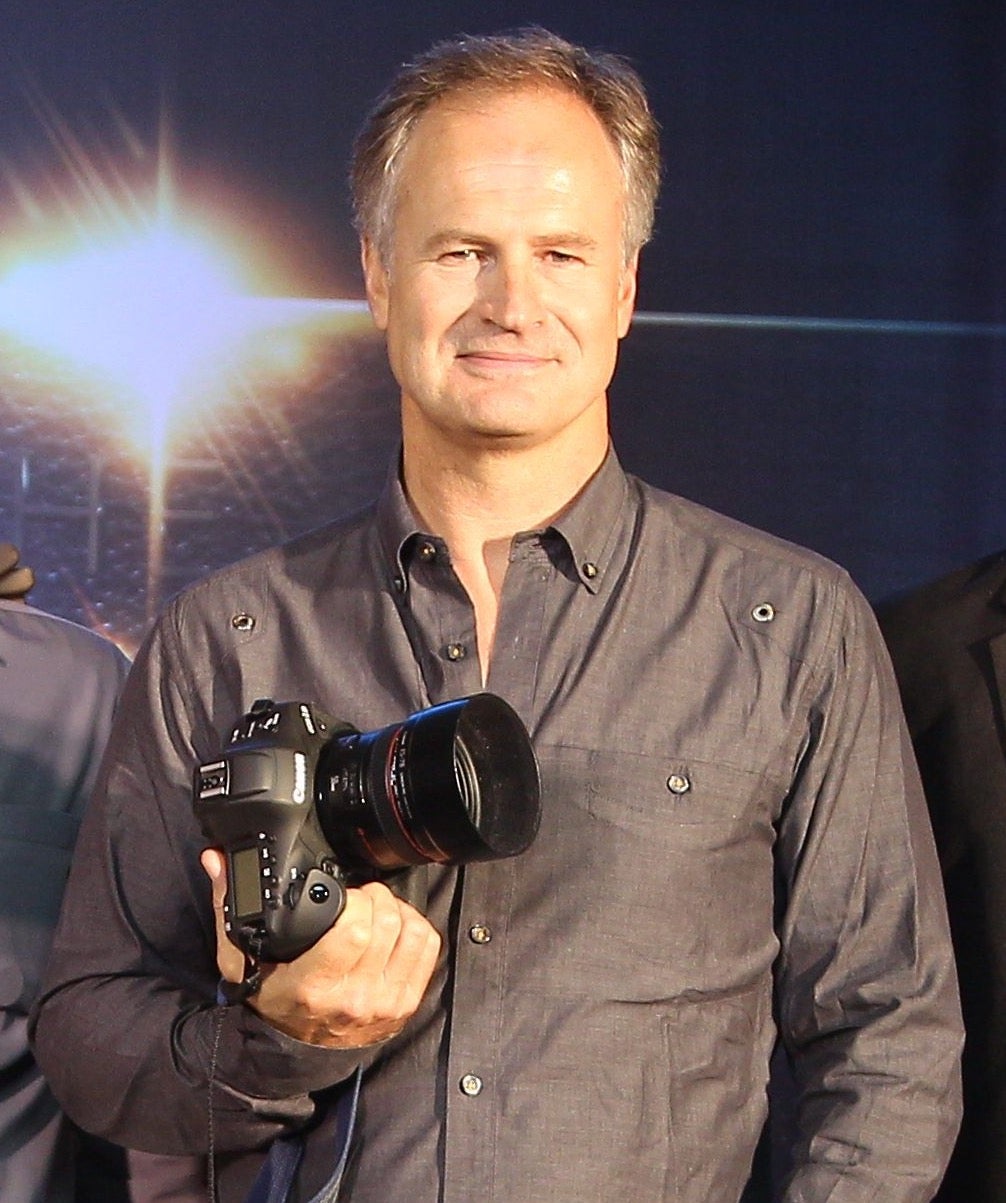 A seasoned sports photographer and constant fixture at the Olympics, Winter Olympics and World Cup, Bruty said a good photograph could “literally happen in your backyard.”

He showed a well-composed photograph of a government building serving as backdrop of a beach volleyball game, emphasizing the contrast between the sand and sun-baked players against the imposing architecture.

“I used my brain,” Bruty said. “It is important to remember the camera is an extension of your vision.”

“That’s my magic bullet to taking photographs,” he said.

The EOS 1D-X Mark II camera has an advanced 360,000-pixel RGB+IR metering sensor and processor that contribute to the camera’s AF performance for both stills and video. The high-resolution and infrared sensitivity are combined with a refined detection algorithm. This new sensor improves the color and shape recognition of the EOS-1D X Mark II’s iSA (Intelligent Subject Analysis) system, increasing the camera’s ability to recognize subjects for faster, more precise AF, metering and exposure compensation. This additional exposure and subject information also helps the EOS-1D X Mark II’s iTR (Intelligent Tracking and Recognition) AF system maintain focus on a moving subject with a greater level of consistency.

Bruty has been photographing sports since he started, but he’s also done portraits of athletes such as Michael Phelps, F1 racer Lewis Hamilton and Filipino boxer Manny Pacquiao.

His works have been published in Sports Illustrated, The Players Tribute and FIFA. One of his photographs was awarded by the London Observer as one of the World’s Greatest Sports Photographs in 2003.