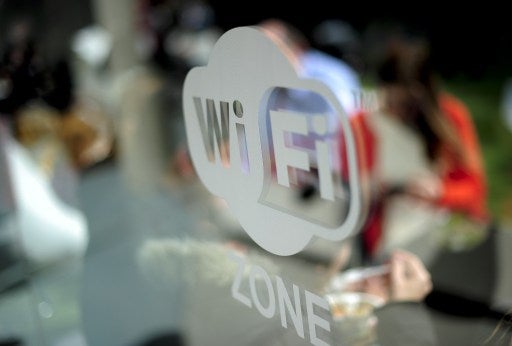 BERLIN, Germany — Try looking for a free wi-fi connection in the cafe down the street in Germany and, more likely than not, there isn’t one.

Forget about looking for open connections in parks or at key monuments. They just don’t exist.

In an age when almost everyone carries a smartphone, the absence of such free hotspots can appear to be an aberration in a country that is known for its technological prowess.

But a new government deal may change all that, as it aims to tackle the root of the problem — by exonerating the connection’s provider of fraudulent usage by others.

The snag has been Germany’s tough rules to crack down on online piracy, with high fines for illegally downloading music and films.

No one wants to run the risk of exposing their wi-fi connection to possible misuse, a fear that has turned Germany into a hotspot desert.

A 2014 study by Eco, a federation of Internet professionals, found that there are only two open hotspots for every 100,000 residents in Germany, compared to 10 in Sweden and 29 in Britain.

For many, that is a stumbling block in the development of the Internet, an obstacle Chancellor Angela Merkel’s government wants to mow down.

But seeking an agreement took months of tough negotiations.

According to the agreement reached this week within Merkel’s left-right ‘grand coalition’ government, the law will be amended so that “wi-fi providers would be considered like access providers” — that is to say, they are waived from all responsibility of users, and “will not be subject to any required checks”.

That is valid for anyone who offers their wi-fi access to others for free — be it a restaurant owner who allows clients to connect online or the friendly guy who gives his neighbor the password to get on his Internet access.

Only 39 percent of Internet users in Germany go online using wi-fi outside of their homes, according to a survey in 2015 by Bitkom, the German high-technology federation.

Plans by the government to amend the rule “will facilitate things for both operators and users,” said Bernhard Rohleder, who heads Bitkom.

For the federation Eco, it spells the end of the “great wall” to the development of hotspots in Germany, while hotels describe the move as an act of liberation.

But not all are happy.

The music industry federation fears that it could hurt creators and artists, and warned that it has “opened the doors and windows to illegal usage”.

A draft law prepared in September by Economy Minister Sigmar Gabriel had required users to confirm that they are not doing anything illegal online, as well as for access providers to secure the network with passwords.

But that was deemed too restrictive, leading to the current agreement which scraps these conditions.

The proposal is due to be examined by cabinet before it is put to parliament, it is therefore not expected to come in force before the autumn.