After conservative meet, Zuckerberg says Facebook open to ‘all ideas’ 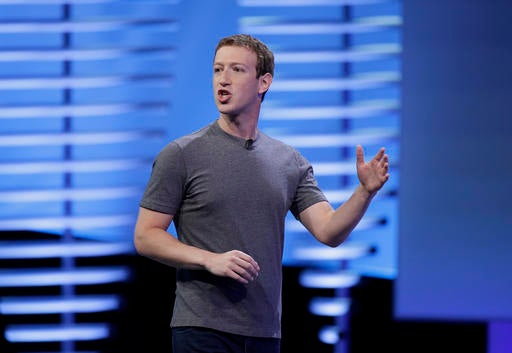 SAN FRANCISCO—Facebook founder Mark Zuckerberg said Wednesday that conservatives are an important part of the social network after a meeting aimed at defusing concerns it is politically biased.

“We’ve built Facebook to be a platform for all ideas,” Zuckerberg said on his Facebook page after a meeting at the company’s California headquarters to discuss allegations in a news article that Facebook was suppressing conservative voices in its “trending” news stories.

“Our community’s success depends on everyone feeling comfortable sharing anything they want. It doesn’t make sense for our mission or our business to suppress political content or prevent anyone from seeing what matters most to them.”

Facebook has denied the allegations, reportedly made by a former employee, while promising to investigate.

“The reality is, conservatives and Republicans have always been an important part of Facebook,” Zuckerberg wrote after Wednesday’s meeting.

“Donald Trump has more fans on Facebook than any other presidential candidate. And Fox News drives more interactions on its Facebook page than any other news outlet in the world. It’s not even close.”

He added that he recognizes that “many conservatives don’t trust that our platform surfaces content without a political bias” and noted that “I wanted to hear their concerns personally and have an open conversation about how we can build trust. I want to do everything I can to make sure our teams uphold the integrity of our products.”

The meeting was scheduled to include political commentator Glenn Beck and talk show host Dana Perino.

CNN conservative commentator S.E. Cupp, another attendee, tweeted after the gathering, “Very productive meeting at @Facebook with Mark and team. Strong commitments to address issues, as well as to work together on common goals.”

Zuckerberg’s post elicited more than 17,000 “likes” shortly after the message appeared but some questioned the allegations.

“Frankly, I do not know where they got this perception” of bias, wrote Loni Reeder.

“I have more Republican/Trump nauseating propaganda floating across my page (unwanted propaganda, I might add!) than I do of nominees Clinton and Sanders. It’s MY perception that they simply wanted to find a way to further inflate their pathetic agenda and to get some additional undeserved press.”