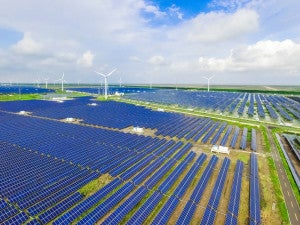 Fossil fuels have powered the modern way of life for decades but it’s about time that we moved on from it. According to a report on Mashable, fossil fuels are already on the way out whether we believe it or not.

Contrary to what the industry would have the public believe, more and more technologies for green energy is replacing what fossil fuels used to do for us. In the next 25 years, it is said that power generation in solar and wind will increase. Estimates also say that by 2027, wind and solar power may become cheaper to run with than coal or gas.

However, while the rest of the world is going green, emissions have recently spiked around India and Southeast Asia. It is being projected that energy demands in these two regions will experience a huge growth in the coming years.

Additionally, while emissions from vehicles will gradually drop, electricity demands will rise due to the number of electric cars that will hit the roads. This means a necessary increase in energy production from what will still be predominantly coal-powered power plants in the region until around 2040.

By 2050, projections say that electric cars will make up around 25 percent of utilized cars globally. This will then give rise to greater demand for cheaper batteries and energy storage solutions.

At around this time competition between green sources and traditional fossil fuels will be in the favour of the now cheaper wind and solar. Eventually sealing the fate of the fossil fuels that powered much of our rise to progress. Alfred Bayle