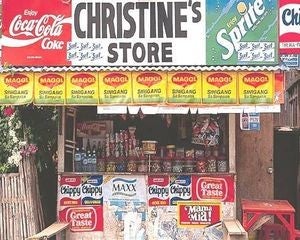 SAN FRANCISCO — A Filipino tech start-up won seed funding from Microsoft Corporation with its idea to transform sari-sari stores, or small convenience stores that can be found in almost every corner of the Philippines, into a network of wi-fi hotspots, providing first-mile connectivity to consumers.

Out of 248 start-ups from all around the world that vied for funding, Quezon City-based WiFi Interactive Network (WIN) was one of 12 enterprises that got the nod.

The funding is awarded through Microsoft’s Affordable Access Initiative, which invests in solutions that can reduce the cost of Internet access and help more people get connected to the worldwide web.

“The seed funding is for US$150,000 and will allow WIN to pilot the TV White Space (TVWS) technology and service small and medium enterprises for a year,” Philip Zulueta, president and founder of WIN, told FilAm Star in an email interview.

WIN plans to start the rollout next month in areas outside of Metro Manila such as Bulacan, Laguna and possibly Davao. Zulueta said the company is still in the process of identifying where to pilot TVWS, a wireless data delivery system using frequencies of vacant TV channels.

The Philippines is one of Microsoft’s pilot areas for this up and coming technology. TVWS was initially tested in remote fishing communities in 2013 and became critical in disaster relief efforts following the devastating earthquake that hit Bohol in October of that year and a month later, in Leyte with the onslaught of Typhoon Haiyan (Super Typhoon Yolanda).

TVWS signals can travel up to 10 kilometers over water and through thick foliage and walls, making it superior to regular wi-fi, which has a range of 600 feet. It is thus ideal for archipelagos like the Philippines, where last-mile connectivity is often too costly and about half of the populace does not have Internet access.

WIN’s mobile platform offers a solution by leveraging the advertising budgets of global brands, which according to Zulueta, allocate about $200 billion for developing countries and are in constant search of innovative ways to engage with millennials.

Considered the first B2C urban TVWS in Asia, WIN’s mSaaS platform allows its clients in the fast moving consumer goods (FMCG) space to connect with their end-users through sari-sari stores. Its base version was developed over a year ago, prompting the incorporation of WIN in March last year.

“Close to 60 percent of the distribution revenue of FMCGs in the Philippines goes through the traditional channels (such as) sari-sari stores and mini groceries,” Zulueta said. “Having connectivity in these channels allow our sponsors visibility into data that they have not been able to access previously.”

He said further: On top of that, because our approach is based on a purchase-for-access model, where a customer first buys a sponsoring brand’s product prior to being provided Internet access, the revenue generated by our clients enable them to continue their sponsorship of wi-fi hotspots, thereby giving consumers affordable Internet access on a sustainable basis.”

FMCGs pay WIN for the installation, management and maintenance of the wi-fi hotspots, which are also sources of demographic and product off-take data for the global brands. WIN is able to customize the solution according to the needs of its clients, which also determine where the wi-fi hotspots they are paying for will go.

The free wi-fi service is already available in Metro Manila though these run on regular DSL lines. The company is in various stages of piloting with big brands, including those of San Miguel Corporation, which signed up with WIN this year. Expansion is ongoing within Luzon, from Laguna to Ilocos Norte in bars and restaurants.

“We are in the midst of rolling out in over 100 locations for a couple of clients with several more pilots in the works. Our goal is to get to 10,000 wi-fi hotspots within three years, depending on how much investment we are able to raise to accomplish this goal,” Zulueta said.

With access to Microsoft’s vast software library as a partner in the Affordable Access Initiative, WIN is confident about regional and even global expansion.

“The problem of the digital divide or lack of affordable Internet access touches four billion people. Our model is scalable because our brand sponsors are present in most developing countries that also have connectivity issues. India and Indonesia are big markets, while we are looking to collaborate with other like-minded companies who are serving the nations of Africa,” Zulueta said.

In the Philippines, for instance, once village-level connectivity is in place through the sari-sari stores, other services can be added to the mix such as Skype calls for OFW families and financial transactions for the unbanked.

“E-commerce can further be facilitated with connectivity closer to the home,” Zulueta said. “Our vision is to break the cycle of unaffordable Internet access by developing sustainable models that will bring millions of people online and satisfy what we believe is a basic human need, access to knowledge. In this century, there is no reason why people should remain unconnected.”