Microsoft all-in-one Surface PC on the drawing board 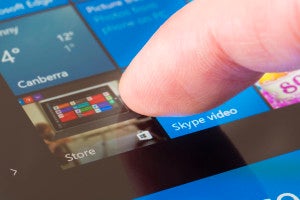 The rumored Surface AIO would be like a central living room computer that serves multimedia and also connects for web browsing.

Microsoft could be nearing the release of an all-in-one PC, similar to the Apple iMac, except that it will be equipped with the same Surface technology as the Surface Book and other 2-in-1 devices.

According to a report on Tech Radar, several sources have directly asked Microsoft about a rumored Surface AIO and the closest estimated release date would be the end of the year.

The information from Microsoft suggests that the Surface AIO would bridge the gap between the first- and second-generation Surface books.

Other indicators regarding the release of a Surface AIO are said to be tied to Intel’s release of its new Kaby Lake CPUs.

As far as how the Surface AIO would fit in the customer’s lifestyle, it is said that it will be positioned as a living room computer that will handle serving multimedia content. It will also be able to browse the internet and allow for document and spreadsheet editing. Alfred Bayle