MANILA—President Rodrigo Duterte said he does not want to “taunt” Beijing or “flaunt” a ruling from an international tribunal that gave the Philippines a sweeping victory in its challenge of China’s claims to the South China Sea.

But he did not say Filipinos cannot have a good laugh out of it.

Overnight, Filipinos flooded social media with sappy, corny love notes, inspired by the ruling. Posts tagged as #WPSHugot was the fifth most trending topic on Twitter.

The hashtag refers to the “West Philippine Sea” – designation here of the waters in the South China Sea the Philippines claims is part of its 200-nautical mile exclusive economic zone (EEZ).

“Hugot” is a Filipino slang that means “to draw emotions from deep within.”

On Tuesday, a five-man arbitral tribunal created by the Permanent Court of Arbitration dismissed China’s claim to “historic rights” over two-thirds of the 3.5 million sq km South China Sea as without legal basis.

The Foreign Ministry called for “sobriety and restraint,” while politicians sought to press on with the Philippines’ claims.

But for the ordinary Filipino keyboard warrior, there was humor to be mined. 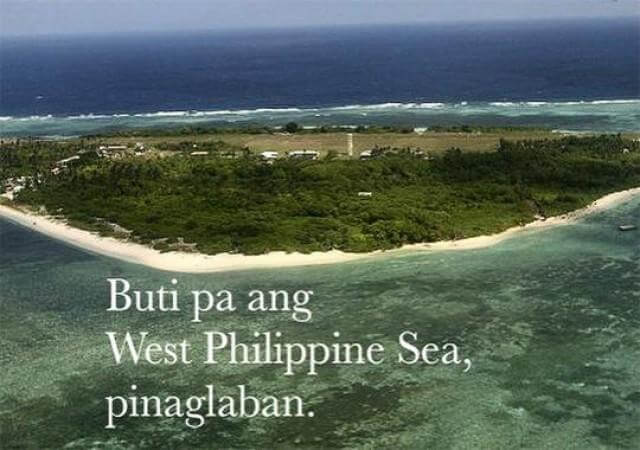 – Your love life is like the nine-dash line: imaginary. 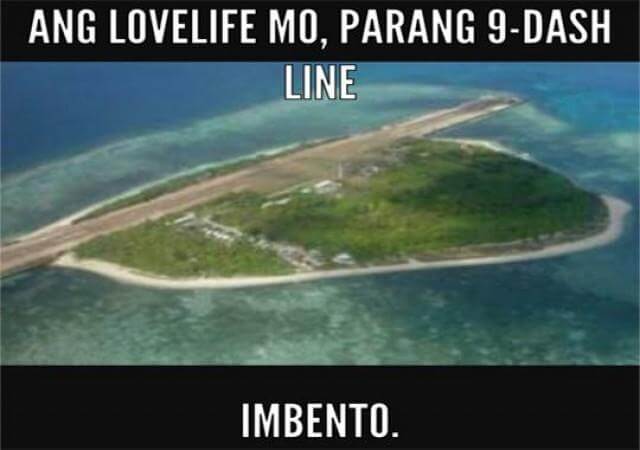 – Be like China: Even if there’s nothing there, even if it’s impossible, even if you know you can’t, keep fighting. 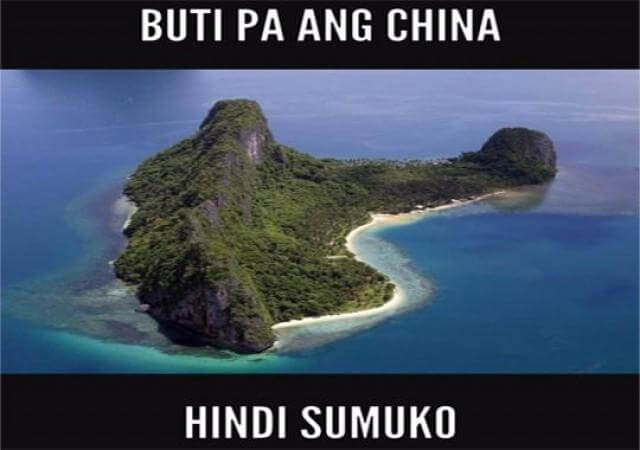 – Just when you thought she’s in your exclusive economic zone, she’s not.

-My love is like the EEZ: It knows no bounds.

– Better to be navigation: It has freedom.

– Better to be corals and reefs: Being fought over. 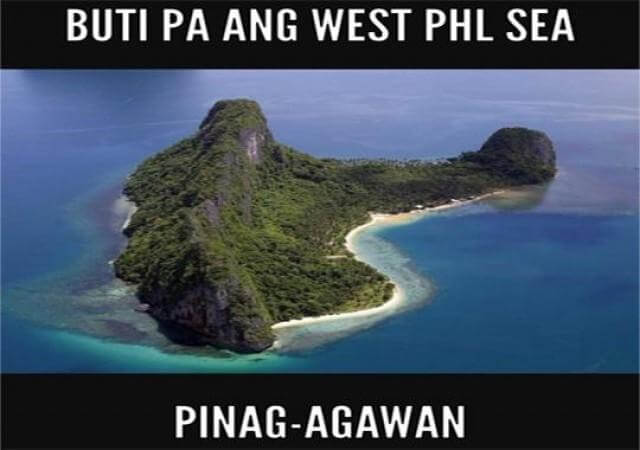 – You’re like Scarborough shoal: Sometimes I see you, sometimes I don’t. 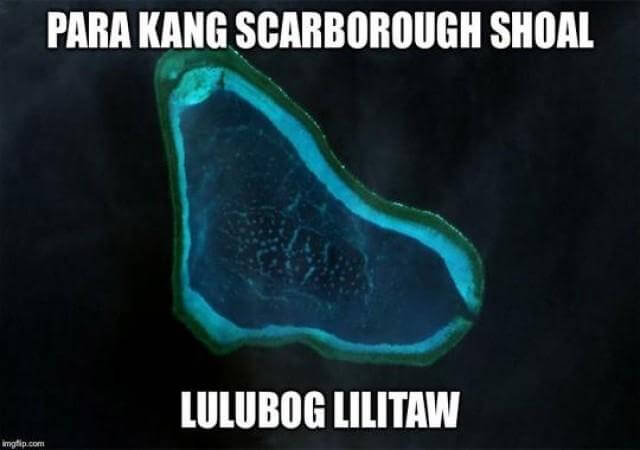 – Our love is like the case with the arbitral tribunal: Pending. 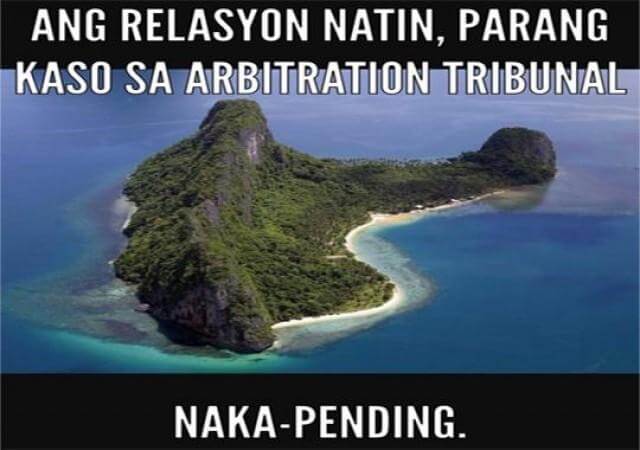 No one is laughing in China, though. There is indifference instead.

A Beijing-based group with links to the Communist Youth League posted a video on YouTube with the title, “South China Sea arbitration, who cares?”

With techno music as background, the video splices shots of Chinese warships with clips of young people showing how much they do not care about the case by saying, “South China Sea, who cares?”

In one scene, two young women in camouflage demonstrate their lack of interest by stabbing into the air with knives.