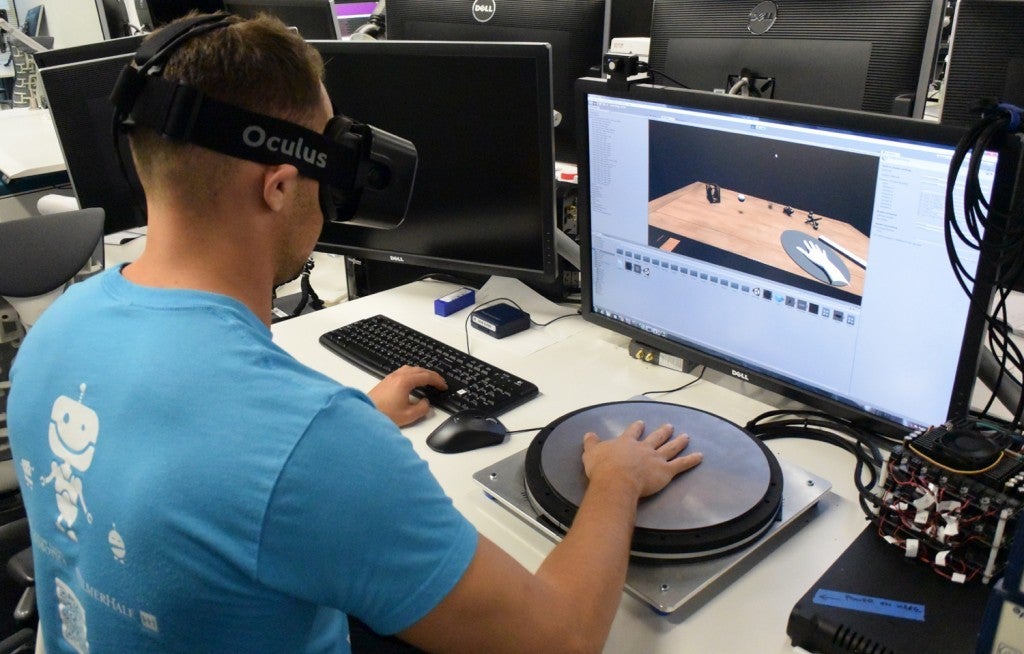 After wowing the world with the Rift VR headset, Oculus researchers are now hard at work trying to bring the sense of touch into the virtual reality experience.

Using a circular metal plate atop a ring of electromagnetic actuators, the HapticWave project from Oculus and Facebook sends vibrations into the user’s bare hand to simulate the sense of touch. Coupled with spatial audio, users will be able to tell distance and direction in the VR world in the same way that is usually done in the real world, according to a report on the MIT Technology Review.

Lower frequency vibrations are used to give a sense for heavier objects while higher frequencies are used for simulating smaller items.

Oculus research scientist Ravish Mehra said, “Our hope around this project was being able to generate this extrasensory input so users can be more perceptive and more believable of virtual objects.”

If fully developed, this piece of technology could add a whole new level of immersion into the already immersive Oculus Rift experience. However, as it stands there is still no concrete indication that it would become one of Oculus’ future products.

For now, the research team wants to study how well people can tell the difference between varying resolutions of vibrations as well as the possibility of making a bigger but thinner plate.  Alfred Bayle