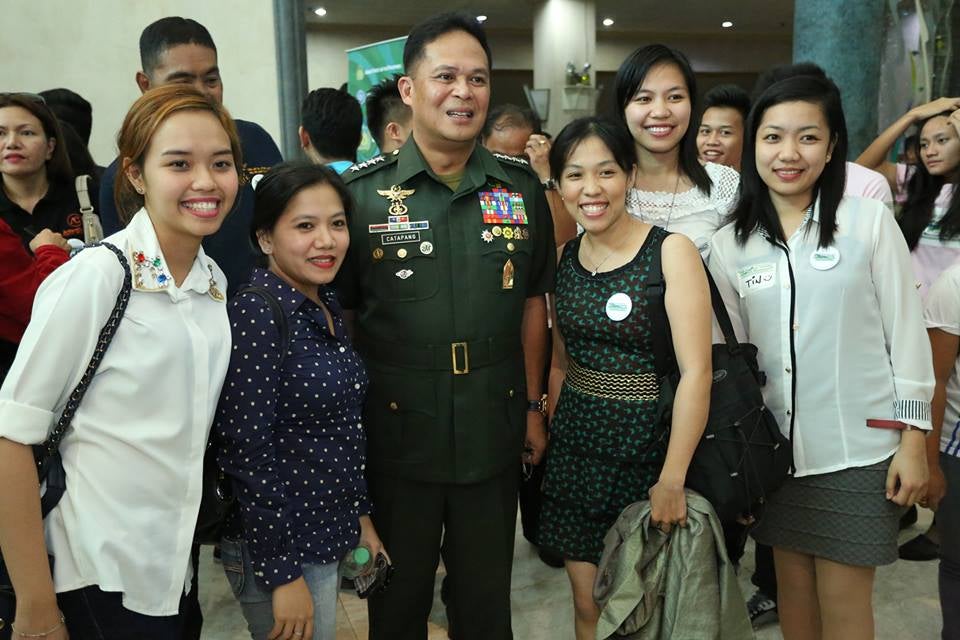 In this June 23, 2015 file photo, CSAFP Gen. Gregorio Pio Catapang Jr. poses with the attendees of the 2nd Social Media Summit of the Armed Forces of the Philippines.  SSG ORLANDO LIWAG/PAF

In this day and age of Facebook and Twitter, what exactly is the role of social media in enhancing the efforts of the country’s 80-year-old military?

The Armed Forces of the Philippines (AFP) is set to hold its 3rd Social Media Summit on Friday at Camp Aguinaldo in Quezon City to tackle various trends and issues in improving the military’s online presence.

“It also aims to strengthen patriotism and public service awareness through online presence… It will further provide the participants the opportunity to get insights on exploring social media channels beyond Twitter and Facebook and understand that social media networks are critical in today’s public service,” organizers said in a statement.

One of the plenary speakers is INQUIRER.net editor in chief John Nery, who will discuss “Going Viral: Lessons for Creating Stories with Impact.”

The social media director for the campaign of President Rodrigo Duterte, Jose Gabriel Laviña, will talk about “Thunderbolt: Winning the Social Media Wars of the 2016 Presidential Election.”

The event is expected to draw about 1,300 participants, including information officers from units of AFP, Department of National Defense, Philippine National Police, other government agencies, and non-government and civil society organizations. YG/JE